How to defend your dealerships 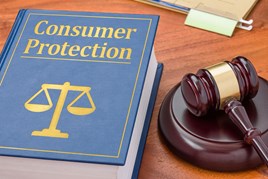 Complaints under the act became more apparent in 2016, particularly surrounding the 30-day rejection ruling if goods are of unsatisfactory quality. However, recent court decisions have found against some motorists who attempted to reject used vehicles with minor faults.

Graham Jones, director of legal services at specialist motor industry law firm Lawdata, said: “At court level, it’s not simply becoming a free-for-all as far as the customer is concerned. Dealers originally thought they would have to throw the towel in on every occasion, but that’s not the case.

“We would like to see finance companies and brokers take a similar approach to the courts, as they are still reluctant to challenge the customer, allowing a vehicle rejection when it’s not necessarily merited.”

Philip Harmer, a motor trade specialist lawyer with Stormcatcher business lawyers, has experienced a 257% increase in cases under the act in the second half of 2016 compared with 2015. He attributes some of that increase to customers being given the benefit of the doubt, with finance companies, in particular, quick to accommodate them under the 30-day rejection clause before establishing the full facts. However, many dealers also continue to apply outdated practices, which often fall foul of new regulations.

He said: “There’s an array of different issues, such as claims which are completely unfounded because it’s simply wear and tear. There’s a general presumption that the law is there for those who shout the loudest, but in reality it is far more efficient and user-friendly than dealers realise.”

Russell Kelsall, a partner with TLT Solicitors, said: “The 2014 changes gave consumers quite powerful new rights to unwind a contract and to have it set aside if it was deemed to be unfairly sold. This will certainly have more effect as the law beds in.  I’m already starting to see these kinds of complaints being made.”

Jones is also seeing such claims emerging. He said: “Dealers need to disclose everything about a car’s history which may affect a customer’s decision to buy.”

Jones also noted an increase in monitoring visits by trading standards officers. He advises dealers to be co-operative but to establish exactly the information required.

When selling goods or services without face-to-face contact, consumers need to know when they are entering a contract, said Kelsall.

“Undertaking the transaction online, especially as aggregators gain in popularity, raises some interesting legal issues. For example, if a customer is not given the right cancellation information, they have the right to cancel up to a year even if they have taken delivery of the car (although a discount applies for use). However, if the customer visits the dealership at any point before the contract is signed, distance selling rights no longer apply (but the dealer will need to prove the customer visited). The regulations could even apply to servicing if booked by email or phone, or if the customer opts for collection and delivery and pays online or over the phone.”

EU data protection laws will be tightened in 2018 and the UK is likely to comply even after Brexit as part of the soon-to-be-passed Digital Economy Bill. Companies need to demonstrate that consumers have actively consented to receiving information rather than simply ticking a box if they don’t want to receive information.

He said: “There are a lot of processes to review and it will be necessary to update all consumer consent forms. For the first time, all businesses will have to establish a protocol so that if members of the public want their data to be removed from a database the instruction must be followed promptly. This could be difficult because some CRM systems do not have an actual delete facility.”

Jones said: “There are significant changes to the law, for example, every business needs to have a data protection officer. The temptation will be to pay lip service and for it to be viewed as a box-ticking exercise, but that would be a risk.

“There needs to be a provision for transfer of data from the dealership to companies such as the finance houses. The franchised dealer will need to make customers aware that their information could be used by the manufacturer and the correct permissions obtained. In a multi-franchise group, data is often passed between franchises and the manufacturer and that’s a potentially dangerous situation.”

Consumers requesting information a company holds on them are currently charged a £10 fee, but under the new regulations it is free.

Kelsall said: “There’s likely to be an increase in these requests because it will be relatively easy and cost nothing. Dealers will need sophisticated systems to log and pull off that data and, if you don’t comply, complaints can be made to the Information Commissioner’s Office (ICO) or there’s a risk of a court claim. One of the obligations is that you are only allowed to keep data as long as you need it, so if you are holding data of customers who have not visited your dealership for several years, it will raise serious questions.”

Telemarketing to some extent falls outside GDPR, but expect some pressure to examine it, which could affect both sales and service calls.

Walsh said: “Telemarketing is under threat, if not immediately then in the medium term. If ideas for constructive regulation are not put forward for the ICO and politicians to consider there is a strong likelihood that what is imposed will be very restrictive.”

A comprehensive re-ordering of salary sacrifice from April 2017 means that most new cars, apart from ultra-low emission vehicles (ULEVs), as well as perks such as mobile phones, will no longer benefit from favourable income tax and employer national insurance (NI) treatment.

This may prompt a change in the fleet market, according to Jeff Whitcombe, director at tax consultants BCF Wessex. According to the BVRLA, there are currently about 950,000 company cars, with about 70,000 provided under a salary sacrifice arrangement.

Whitcombe said: “Employees may start looking for alternative forms of finance, and we could see the facilitation of PCP and PCH deals in some form or another. As the proposed legislation will apply to cash

alternatives, as well as salary sacrifice, some employers may decide to just pay a cash allowance so employees can fund their own cars.

“There’s a great deal of uncertainty, which means a variety of solutions are being explored.

“Registrations and car purchases will still take place, but there’s a possibility that some transactions that would have been fleet business might switch to the retail network.”

Andrew Smith, managing director of Consumer Credit Advisory Services, said one of the biggest areas of concern under Financial Conduct Authority (FCA) regulations is accepting business from brokers and introducers. A broker either has to be authorised by the FCA or an agreement needs to exist stating the broker is operating under the dealership’s permissions and the arrangement has been disclosed to the customer.

“If the business comes from an unregulated source with no agreements in place and the information is not disclosed to the customer, the finance loan could be unenforceable,” Smith warned. “It’s a massive risk. We won’t see these sorts of complaints arising for six months to a year, but they will come.”

While PPI will continue to dominate in terms of mis-sold finance products, the number of consumers claiming confusion at the end of PCP agreements is growing.

Jones said: “We have seen an increase in these complaints, but not a steady flow. We have not yet seen any go to court, but we have some ongoing with the financial ombudsman and it will be interesting to see what happens. Dealers need to be able to show that PCP deals were explained to the customer and make sure those records are retained in the deal file.”