Days of the one-brand dealership may be numbered 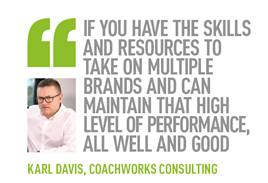 The time to get into multi-brand car retail sites has, arguably, never been better. With car registrations significantly down and manufacturers relaxing their stance on sharing showroom space with competitors, not to mention the increase in brand partnerships and acquisitions, many dealers are turning to the multi-brand model.

Honda recently announced plans to shut 55 locations over the next three years, allowing retailers to propose other brands to share their site with, while Citroën, DS, Peugeot and Vauxhall sales teams already operate alongside each other at various premises.

In February, Hendy Group opened a multi-brand site in Eastleigh closely followed by Vospers, which consolidated its three sites selling Ford, Mazda, Alfa Romeo, Jeep and Fiat into one location. Others such as Marshall Motor Group’s purpose-built multi-franchise operation in Cambridge and Jacksons’ Motor Mall on the Isle of Man are already well-established.

And the electric revolution is getting in on the act, too. Back in July 2017 the UK’s first multi-brand electric vehicle showroom was launched in Milton Keynes Centre:MK stocking BMW I, Kia, Mitsubishi, Nissan, Renault and Volkswagen.

But, setting up and running a multi-brand site is fraught with challenges. Not least, trying to keep all of the manufacturers happy and maintain profit.

It’s also harder to maintain the same level of knowledge and passion selling multiple brands compared with just one. Indeed, many manufacturers will level the criticism of dealers’ distraction by other brands if they don’t feel that they are getting the due level of attention and sales numbers. 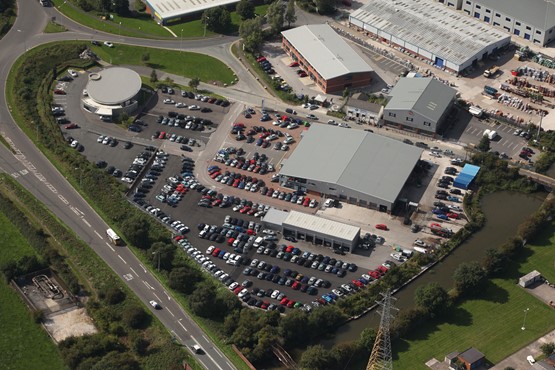 “The biggest challenge with the multi-brand site is trying to drive upper quartile performance for several brands rather than just one,” said Karl Davis, managing director of Coachworks Consulting. “If you have the skills and resources to take on multiple brands on your site and you can maintain that high level of performance, all well and good, but if you haven’t, then forget it.”

While some brands are quite lenient about what they allow a dealer to do with their retail space, trying to please everyone is a tough ask, said Davis. Even the smallest detail such as a floor tile shade or where their totem is located outside a dealership can cause an issue with some brands, he said.

The next problem is trying to keep pace with the sheer number of systems and standards required for each brand, added Davis. It also increases the complexity level and room for error, such as misquoting or mis-selling.

“At one operation I worked with one service advisor had 14 different screens open on their desktop at any one time,” he said. “They were struggling just to keep all of them active without timing out, let alone trying to do their day job.”

Darren Ardron, managing director at Perrys Motor Sales, which operates 11 multi-brand sites selling a variety of combinations including Kia, Mazda, Peugeot, Seat and Vauxhall, said that the biggest issue is just keeping up with the latest manufacturer requirements. That can extend to commercial policy, rebate and volume bonus scheme standards, he said.

“The chief problem is that every manufacturer does things differently, just adding to the complexity,” he added. “If you run a single-brand site that brand is your sole focus but with multi-brand sites you are dealing with multiple manufacturers, all of whom have different demands.”

Securing approval from manufacturers and meeting corporate identity requirements (see page 28) can be another headache for dealers, but according to Mark Lambird, managing director at Eastbourne Motoring Centre, which runs Suzuki and Vauxhall franchises on its 2.5-acre site, some have been softening their stance because of the economic conditions. And he also believes that despite having to accommodate other franchises, multi-brand sites receive no less support from manufacturers than single ones.

“With corporate identity, particularly for aftersales, at the time manufacturers jump up and down saying they want this and that, but once it’s in place it becomes less of a priority,” he said. “Everyone’s worrying too much about new car market share at the moment to be preoccupied with corporate identity.”

Going one step further, Lambird believes manufacturers empathise with the current plight of dealers. And, in some cases, he said they even welcome the introduction of other brands if it can benefit all parties.

“When we first took on Suzuki in 2010 Vauxhall’s development team was almost encouraging us to do so,” he said. “It was a win-win situation for everyone: they got to keep a larger portion of the sale price for their vehicles because I now had someone else contributing towards my overheads.”

Then there is the issue of the training levy required by each brand with sales and aftersales having to be registered with each particular learning management system. And management’s time is also taken up by attending more brand meetings, meaning less time to spend focusing on their core role.

Dealers also need to have dedicated sales people for each brand, which means greater investment in hiring and training. Additional burdens of running a multi-brand site include increased pressure on parking and workshop spaces, particularly if the dealer is required to run more demonstrators or in the event of product recalls.

That said, there are also enormous benefits to running a multi-brand site. The most obvious of which is the cost efficiencies of operating on one site rather than multiple sites, meaning lower business rates and spreading the overheads.

“The main advantage is that you can achieve greater economies of scale, especially with back-of-house functions,” said Ardron. “For example, if you run three franchises on one site it makes sense to have one admin department for all.”

Mitchell Motor Group sells 2,500 Lexus, Mazda and Škoda cars on average every year from its five-acre site at Ellesmere Port. In 2018, it achieved an impressive 4% return on sales. Managing director Mark Mitchell said the benefits far outweigh the challenges. The key one, he said, is lower overheads such as staff and business rates compared with having multiple single-brand sites.

“We have one workshop, one finance team, one customer care team and one valeting and vehicle preparation team, and overheads of about £120,000 per month,” he said. “If we operated over, say, three sites we would be spending nearer to a combined £180,000.”

Having multiple brands also ensures that there’s a greater throughput of vehicles for servicing and repair. And the aftersales team has a bigger pool of customers on its books.

There’s no doubt the dual franchise approach can work. Citroën, DS, Peugeot and Vauxhall have proved to be a natural fit, while manufacturers with a smaller UK footprint such as Mini and Dacia have been successfully sold together with BMW and Renault at one location.

“I believe that we’re going to see more of a multi-brand approach in the future as dealers try to sweat the assets of their buildings and single-brand sites become more unviable,” said Ardron. “That’s certainly the approach we’re going to be taking.”

Lambird added: “At the end of the day it’s about appealing to a wider audience with a broader range of product. And, by having a dedicated sales team to look after each brand and a parts and workshop department that goes across, the customer and the dealer get the best of both worlds.”

All of this dealer and manufacturer consolidation, not to mention the rise of online sales, has inevitably resulted in dealers closing or moving site, leaving a host of empty showrooms.

“The number of former dealerships coming to market has significantly increased over the past three years and we expect that trend to continue as franchises begin to consolidate and amalgamate,” said Automotive Property Consultancy’s managing director Bill Bexson. “Finance departments are also reining in their expenditure and are trying to achieve greater economies of scale.”

But what does the future hold for these vacant sites?

Many of the prime sites in city or town centres, or retail parks are already being turned into other retail uses by the likes of discount supermarket chains. Others are being earmarked for housing, gyms and fast food outlets.

“These sites are very attractive for alternative uses,” said David Manchester, managing director at Automotive Assets. “Retail stores such as Aldi and Lidl are particularly popular.”

But, often it’s hard to find a buyer or tenant because it may only be fit for one purpose or its usage can’t be changed because of local planning regulations.

Regardless of these issues, however, Robert Stephens, a specialist retail property consultant, estimates that as much as one third of available stock could be turned over to alternative use. He believes this is part of a natural evolution as manufacturers and dealers move away from the traditional model.

“We are at a turning point in the market really,” he said. “Increasingly it’s becoming a manufacturer play where the car showroom with a big sales area is becoming a thing of the past and they are being replaced with more physical touchpoints for the customer.”