Learn to defuse a customer crisis 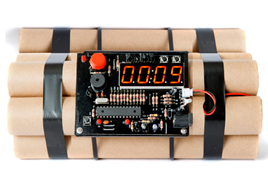 A crisis can often make or break a car dealership. Dealt with badly, it can shatter a customer’s trust and goodwill. But managed well, it can reinforce that dealer’s reputation.

Take for example Suzuki’s February 2015 launch of the Celerio, which it was forced to recall because of brake failure. The problem was dealt with swiftly, with Suzuki immediately informing all affected parties and fixing their recalled vehicles.

In contrast, Volkswagen was hit by the biggest scandal in its 81-year history after the US Environmental Protection Agency found that many of its American sold diesel engine cars carried a “defeat device” capable of cheating emissions tests. But it was the company’s poor handling of events in the aftermath of the scandal that really risked customers’ trust in the brand.

With customer complaints on the rise year-on-year, dealers need to be more prepared than ever. The Motor Ombudsman had received 39,400 enquiries year-to-date as of November 2017, up 30% from 28,800 the previous year.

Issues with the quality of a vehicle at point of purchase made up the majority of enquiries, at 12,000. Work completed on a car, but not agreed beforehand by the customer, accounted for almost 6,000; and full terms and conditions of a warranty not being included within an advert about 4,500.

The Financial Ombudsman Service also received 2,655 new complaints about hire purchase between April and September last year, of which it upheld 35% in favour of the consumer. A further 701 complaints about hiring, leasing and renting were also reported, 28% of which were upheld.

“As an industry we talk a lot about the importance of dealers adhering to best-practice principles, but this really does need to be a fundamental part of the dealer’s brand and company culture, not just lip service,” said Karl Davis, managing director of Coachworks Consulting.

“If a dealer has these guiding principles in place, then, in our experience, the chances of them being prepared for a crisis and managing it successfully are a lot higher than if they are simply being reactive.”

Davis said it was key for dealers to be prepared for potential crises and to have a contingency plan so staff understand the importance of taking ownership of problems and putting the customer first. Alongside this, he said dealers need to keep the customer in the loop at all times.

“If a dealer operates a policy of trust and transparency and genuinely puts the customer first, then it will be a lot easier for them to resolve a crisis once it has happened,” he said.

“Customers know when a dealer has pulled out the stops and are more likely to be advocates of the dealership to family, friends and on social media, and that can be good for business.”

Davis added that it is important for the dealer to admit responsibility for a problem when they know it’s their fault. Often, taking a short-term hit is not as bad as losing customer goodwill and loyalty in the long run, he said.

“More often than not, a customer experiencing a problem just wants it resolved as quickly as possible without resorting to any escalation,” he said.

“Politeness, transparency and flexibility all play vital roles; if there is bad news and the problem is your fault, then it needs to be shared immediately, along with suggestions on how and when it will be remedied.”

Niall Quinn, managing director of the Reputations Agency, said the dealer needs to first identify key risk areas and have an action plan should a problem occur. This should include identifying key stakeholders and the most effective way of reaching them, he said.

“Once a crisis has occurred, you need to deal with the totality of the issue all at once if you can and provide reassurance where possible and demonstrate that you are in control,” he said.

“Post-crisis is also an often forgotten area in terms of dealing with the underlying issue that caused the problem. Sometimes, organisations are so relieved they have got through a crisis that they don’t tackle the fundamental reason why it occurred.”

Dominic Threlfall, the managing director of Suzuki and Hyundai dealer Pebley Beach Group, said when an issue arises, dealers need to be proactive in informing the customer. Then they need to get to the bottom of the problem as soon as possible.

“The last thing a customer wants is to have to call up and find out about a problem,” he said. “So you need to tackle the issue head-on and ensure that they are at the heart of the process.”

Andrew Bye, principal consultant – automotive at crisis management specialist RQA Group, said once a problem has occurred, dealers need to gather as much information as possible and risk-assess the scale of the issue. Then they need to allocate clear roles and responsibilities to key staff, agree regular meetings and, if necessary, obtain outside professional help, he said.

“After that, they need to identify a spokesperson to address the media and make sure that all employees are fully briefed,” he said. “You also need to be open and honest, ensure your crisis plan includes how and when you will inform your customers and suppliers, and identify someone to regularly monitor social media.”

When the problem is the fault of the manufacturer or the product itself, the dealer needs to be just as proactive.

Darren Williams, director at Elements PRMC, said although there may be a strong brand affiliation, the trust that supports that ongoing customer loyalty is determined by the dealer’s actions. A prime example of consumer trust being fully tested was the VW dieselgate scandal, he said.

“Firstly, if we look at the brands’ responses, there was a significant difference in the timing and content of the response from the individual Volkswagen, Audi, Seat and Škoda brands,” he said.

“Some stated initially that UK vehicles were not involved and others chose not to make any response despite questions from their customers.

“As a result, dealers in turn were left with either no information or vague information that did little to support the trust relationship that they had worked hard to build over the prior years.

“If, however, we look at the network, what became apparent very quickly is the customers of some dealers and groups were less perturbed than others simply because their dealer was as open, honest and transparent as possible immediately after the story broke.”

Williams cited Toyota as an example of best practice. It issues a full brief on any problem and what caused it, as well as the solution, how it wants dealers to communicate with their customers and offers compensation, often in the form of tanks of fuel or winter kits.

Alun Parry, head of press and PR for Suzuki GB and Ireland’s automobile division, said any dealer in its network can contact the director of automobile or aftersales in the event of a problem, while full support is provided through its regional sales and aftersales teams as well as customer service, marketing and PR assistance. Advice is also given on potential social media issues, he said.

Jonathan Hemus, managing director of Insignia, a crisis management consultancy, said the same principles apply regardless of who is responsible for the problem. The focus needs to be on doing what is right for the customer, he added.

“Emerging from a crisis with your reputation enhanced is possible,” he said. “Just like dealing with customer complaints, it relies upon owning and rectifying the problem quickly, communicating effectively and exceeding customer expectations with your response.” ALEX WRIGHT