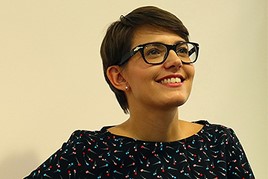 The Institute of the Motor Industry (IMI) hopes it can help dealers to maximise their use of the Apprenticeship Levy and improve apprenticeship take-up by unpicking the changes the Government has introduced since the tax was introduced in April 2017 and by offering free advice to retailers.

The levy, imposed on companies with a  total pay bill of more than £3 million a year, amounts to 0.5% of their total pay bill. However, of the total £2.7 billion levy pot across all industries, just £370m has been drawn down to fund courses, according to Department for Education (DfE) data following a Freedom of Information request.

Employers that have contributed to the levy pot since April 2017 have until April 2019 to put those funds to good use, or see them redirected to SMEs and other DfE projects.

Chris Cotterill, IMI business development manager, said: “The clock is ticking on this, so there is a real call to action here for dealers in Q1 next year.

“This is why we’re offering free advice to help dealers use these funds.”

Cotterill said the biggest challenge for dealerships over the levy boils down to the Government’s own apprenticeship catchline to put “employers in the driving seat”.

He said: “Giving more control to employers to help shape the levy and their apprenticeships is positive, but it does mean that a lot of the administrative burden falls on them.

“When you mix this with the changes that have been introduced since it was first launched in April 2017, it can be confusing for those that don’t know where to start when looking to draw on levy funds.”

Advice will be offered on a case-by-case basis, with enquiries usually starting as emails or phone calls.

If a dealer group needs more specific support, the IMI will arrange a meeting with its business development team.

Cotterill said this interaction would usually be with senior managers or directors from the HR or operations department from a dealer group.

A survey conducted by the IMI found that apprentices typically generate a return on investment of between 150% and 300%, and usually generate profit within 12 to 24 months, but the organisation fears that confusion surrounding the levy may be putting some employers off recruitment.

In his annual Budget, the Chancellor of the Exchequer, Philip Hammond, announced a £95m increase to the levy, and an extra £90m of Government funding to enable employers to invest a quarter of their apprenticeship funds in people working for businesses in their supply chain (an increase of 5%).

He also took steps to introduce a new system for T-level vocation training and allowed smaller businesses taking on apprentices to halve the amount of co-investment from 10% to 5%, as part of a £695m package of support for apprenticeships.

An additional bonus for companies paying into the levy is that the Government is applying a 10% top-up to monthly funds entering levy-paying employers’ digital accounts, for all apprenticeship training in England.

Lara Mazzolari, HR partner at dealer management system provider, Pinewood, said: “It’s important that businesses are aware that there are funds to make use of – use them or lose them.

“There are thousands of pounds available for training the next generation of talent to help push your business forward.”

Pinewood has used the apprenticeship levy to help take on Level 3 apprentices.

Mazzolari said: “We have success stories from people who have worked their way through the business, who will continue to advance their career with us upon completion.”

The IMI is an approved assessment organisation for apprenticeship standards in Autocare Technician (L2), Light Vehicle (L3), Heavy Vehicle (L3), Bus and Coach (L3), and Customer Service (L2 and L3) – and will soon be announcing further standards that meet the new reforms.