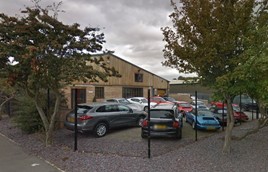 North Yorkshire’s Ryedale Gazette and Herald newspaper reported that the classic car specialist, which has been established for more than 25 years, had closed its doors as a result of 'cash flow problems'.

Adrian Graham, from Sheffield-based insolvency and business turnaround specialist Graywoods, has been appointed joint administrator of the business, which operates from a site on Derwent Road, Malton.

The Gazette and Herald said that eight jobs were expected to be lost as a result of the closure.

Graywoods administrator Adrian Graham told the newspaper that the business had ceased to trade as a result of cash flow problems, adding that the company’s remaining assets will be sold at auction after the failure of attempts to find a buyer for the business.

Mr Graham advised all potential creditors to contact the Graywoods team on 0114 285 9500.