Motor Depot offsets over 8,000 tonnes of CO2 in two months of new scheme 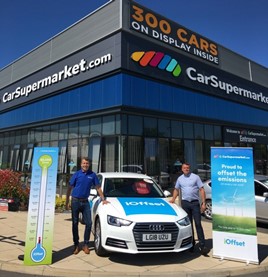 Motor Depot is on target to offset over 50,000 tonnes of CO2 in the first year of a new carbon offset scheme.

The Hessle-based indepedendent car retailer has offset the carbon emissions of every used car sold since July and believes that potential customers' positive response to the eco-friendly scheme has helped to deliver record sales volumes in the period.

While the UK government has set a deadline of 2035 for all new cars sold to be free from emissions and is now expected to bring that date forward to 2030 in an announcement this autumn.

Motor Depot said it was playing its part by contributing to the UK's ‘green recovery’.

Steve Butterley, managing director at Motor Depot, said: "Offsetting more than 8,000 tonnes of carbon emissions in our first two months is a great start to our partnership with iOffset.

"Motoring consumers are increasingly aware of their impact on the environment and this partnership with iOffset gives our customers the option of going greener, without having to consider that big jump to an electric vehicle.

"We are placing this carbon offsetting at front and centre of our classified advertising campaigns and we have already seen an uplift in online traffic and enquiries. It's an encouraging early sign that the British motoring public have an appetite to support climate action initiatives."

Mark Hammond, founder of iOffset, said: “The Government is incentivising businesses to include climate change projects in their future strategies and consider how they might reduce their carbon footprint, so it’s great to see the partnership with Motor Depot making an immediate impact with almost 9,000 tonnes of carbon emissions offset in the first two months alone.

“The motor industry has been at the sharp end of what looks like an intensive road to net zero, with a total ban on combustion engines planned for 2035. We have to congratulate companies like Motor Depot for taking the initiative early.”

The offsetting partnership will see the emissions of every used car sold have its emissions offset for the first year or 10,000 miles of ownership. 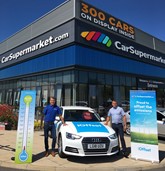 AM Poll
Which aspect of your business will require most focus in 2021?
Vote
View all
1140