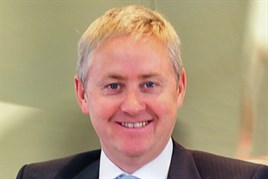 The 2008 economic crisis led every franchised dealer to realign their business to the lower market opportunities on offer.

But now, as the UK still battles to lift itself out of the economic doldrums, AMi analysis shows the dealer group has been pretty much restored to pre-recession levels.

AMi shows that in the last decade the group consistently held its gearing below 36%, while return on capital employed was above 10% every year except 2008/09.

The family-owned group certainly appears to be a regional powerhouse.

Despite the presence of AM100 rivals such as Benfield, Co-op Motor Group and Pendragon in its heartland, it is Yorkshire’s major motor retail brand.

“Back in 2006 we were approached by a banker who accused us of having a lazy balance sheet.

He said he could loan us enough money to double the size of the business and it’d be happy days. I thought, maybe we don’t want that.

“Then when the economy collapsed we were extremely happy we’d not taken up his offer,” he said.

The 2008/2009 crash led to a lot of hard work taking cost out of the business, and while costs have gone up since as sales have increased there is still significant management focus on keeping them under control.

Many costs are outside the group’s control, such as depreciation forcing stock write-downs.

Nevertheless, these are managed carefully, such as with focus on stock turn and a close eye on its Kerridge dealer management system.

Across the business much focus is on continuing a cultural change that was initiated four years ago.

It stemmed from a recognition that the company was not demonstrating how much it valued its people, and consequently wasn’t engaging them to the best effect.

It raised its investment in employee development, recruited an in-house full-time trainer, and began more training and development than ever before to create a talent pool.