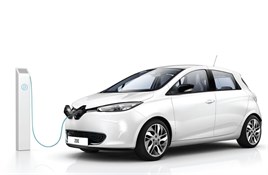 The Liberal Democrats have proposed a policy that will only allow ultra-low carbon vehicles on UK roads by 2040.

It would mean that only cars such as electric, hybrids, hydrogen and range-extended models-would be allowed to be used on UK roads for non-freight purposes.

The party has also put forward the idea of a road pricing scheme, which has already been rejected by the current Coalition Government.

The plans will be voted on by members at the upcoming Liberal Democrat conference in Glasgow and could become party policy if approved.

“A number of alternative technologies to petrol and gas powered cars are being developed, with Hydrogen fuel cell cars being the only option that have the potential to give the same range, performance and refuelling time of a conventional automobile.

“However, for the transition from current transport technology to low-emission alternatives such as hydrogen fuel cell vehicles to materialise, the Government must commit to further investment - not only for the vehicles themselves, but for the fuelling infrastructure that will support their rollout.”