How a sports car specialist retails vehicles in the digital age 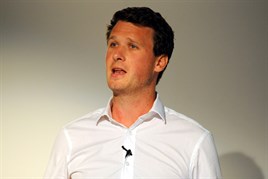 When Williams Automobiles repositioned itself as a British sports car specialist, it embraced the digital world as a means to engage with enthusiasts, both in the UK and internationally.

The business ditched its mainstream franchises and relaunched with a single dealership holding Lotus and Morgan franchises in a converted barn near Chipping Sodbury in the Cotswolds (read AM’s Face to Face profile with Williams Auto at am-online.com/williams).

Under managing director Henry Williams and his father and company chairman, Richard, the business has become a destination for enthusiasts, despite being based in the countryside.

A quarter of the business’s £6 million turnover is generated by international sales.

“I learned that, without a high-profile site with passing traffic, the shop window had to be our website. The only way to find us was through digital means,” Williams told delegates at the AM Digital Dealer Conference 2014.

Its website highlights the cars and services it provides, but doesn’t promote any deals. The business is active on owners’ forums such as Pistonheads and in social media, with 2,700 fans on Facebook. Activity such as email newsletters and posting regular pictures of work being done, such as performance upgrades and even the restoration of an MG, has led to customers enquiring about having similar work done on their own sports car.

Williams also encourages customers to take photos of their own car to share on social channels, and hosts social gatherings and charitable events at the showroom. “Our customers do plenty of the advertising for us,” he said.