Car dealers should not ignore the part-ex profit potential 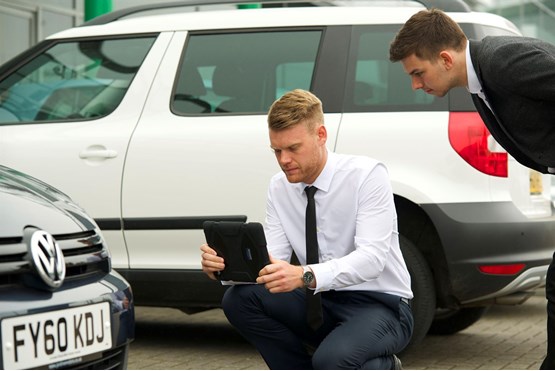 In the depths of the recession, many dealers were forced to re-evaluate the humble part-exchange and learn how to refurbish and retail older stock. Although a lot of the focus (and manufacturer pressure) has now returned to new car sales, there are still profit opportunities to be had from turning part exchanges into retail cars. We spoke to suppliers and dealers about how to get the most from a part-ex operation.

Firstly, why should dealers bother with refurbishing scruffy used cars when new car sales are going so well? As Steve McBrierty, CEO of car valeting company Motorclean, pointed out: “When the (new) market is strong, dealers tend not to have the same level of focus on maximising the value of used.”

However, that attitude carries the risk of ‘over-egging’ the retail mix to the point where it’s too rich for some tastes.

Graeme Potts, managing director of the Eden Group, said: “There are customers looking for cars four to five years old, perhaps with higher mileages to help keep the price down. We have to address the market in its breadth.”

With eight outlets collectively selling more than 10,000 used cars a year, Eden invariably adds vehicles in its franchised portfolio and still under manufacturer warranty to its retail stock list. Others call for a “commercial judgement” at the point of acquisition.

“Rather than look at a characteristic margin, there are examples where we see one that’s a bit skinny, but accept it because the car fits into our retail offer,” said Potts.

Rob Barr, a director of the Vehicle Remarketing Association, believes commercial judgement should rely less on age/mileage than ensuring that the cost of refurb “can be offset against the purchase price and the final stand-in price still reflects good value”.

Barr said the right balance of product was key to generating demand. “Though there are a limited number of analytical tools in the market to assist dealers with this, these are relatively new and it is an area which will undoubtedly grow in years to come.”

He added that the case for refurbishment was largely dictated by the consumer, who – influenced by manufacturers’ approved used car schemes – now expects vehicles, irrespective of age, to be prepared to retail standards.

“Obvious damage is not acceptable and will often turn the consumer away from not just the car, but the dealership itself.”