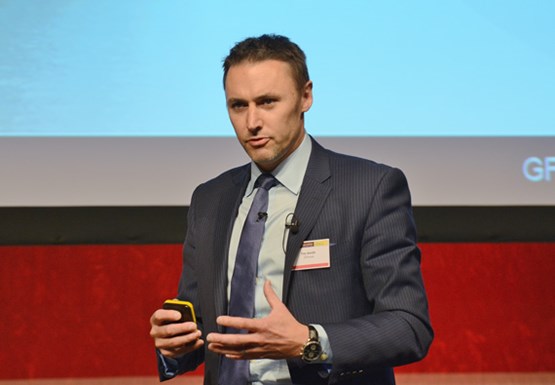 Gretzky, known by ice hockey fans as The Great One, differentiated himself by being ‘ahead of the curve’. Smith said dealers, too, need to embrace innovation such as online service bookings since 62% of motorists (according to GForces consumer research) would prefer to book a service without speaking to a retailer and 20% want to book online.

Welch, a chemical engineer, believed in ‘changing before you have to’, said Smith. Of the dealer groups that responded to GForces’ survey, 80% said they would be increasing their online presence this year. Smith recommended hosting all the information in one, easily-accessible place.

Smith used John Cleese’s infamous hotelier Basil Fawlty as a lesson for dealers in what not to do.

“This is about good, old-fashioned customer service,” said Smith, who pointed out that 89% of people would not return to a business where they had experienced bad customer service. High levels of service should also be applied to online responses, he said.

Thomas Edison, known as The Wizard of Menlo Park where he conducted his experiments in New Jersey, famously said that “Genius is 1% inspiration, 99% perspiration.