Was this article useful?
5 people found this useful
4 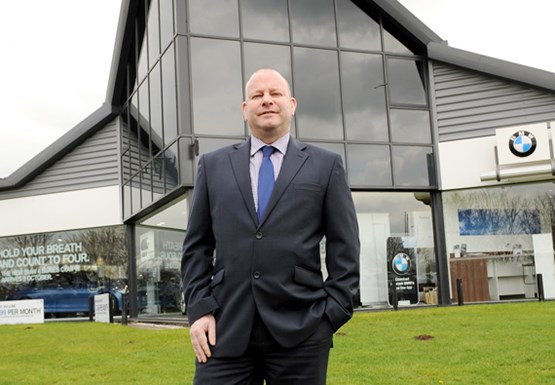 Most dealer groups and businesses aim to be world-class, but it’s rare to have achieving such an aim independently verified.

Not only did Rybrook Warwick BMW walk away with AM’s Excellence in Aftersales award again this year (see panel), it was also named as BMW’s best service department. The dealership, located near the high-income areas of Warwick and Leamington Spa, won the two-year title in 2013, beating every other BMW dealership worldwide.

What accounts for this sort of success? To start with, the business has a focus on customer satisfaction and retention plus strong results for overhead absorption.

The aftersales department is led by aftersales manager Simon Birchall, who has worked his way up through every position in the department.

Birchall has created a culture and team around him that is friendly, focused and always thinking about the long term. This last quality is not something the industry is known for.

“Our game plan isn’t about one year, it’s about the next 10,” said Birchall. “We just keep retaining customers and expanding our database and getting them back through the door.

“It isn’t difficult to have a good year. The difficulty comes when you want to build on that year after year.

“You can only do that if you look after your customers. You can have that one good year, but does everyone come away happy? Customer retention has to be the focus.”

Rybrook Warwick has a policy that when a customer leaves, no matter what they have said to someone at the dealership, that staff member has to think about the way the customer may be feeling. It’s a very soft skills-focused approach and is something Birchall wants everyone in the aftersales department to think about in their customer interactions.

“A lot of customers won’t speak up, but they will when they fill in a customer satisfaction survey, or they never fill one in and you never see them again,” he said.

“We want customers to walk away feeling like they want to come back and to feel good enough to recommend us to friends.”

Birchall has worked for BMW since the day he left school, starting out as an apprentice technician and working his way through the business to technician in every department within aftersales. He moved into management roles, first as customer services manager and then aftersales manager.

“I was always being guided to become aftersales manager. You have to make yourself the natural choice for the next job up the ladder.”

Birchall has led the aftersales team for six years and laughs when asked whether he still likes to get stuck in with the cars and get his hands dirty.

“Cars are so complex now and it’s been so long since I’ve done that sort of thing. I focus on managing my people.”

Everyone in the department has autonomy over their own areas of influence and Birchall sees his role as being there to help support, guide and train.

He has four junior managers, but tries not to get too heavily involved in what they’re doing.

“I don’t dictate. I’d rather people find their way of doing things,” he said.

“Things have moved on dramatically from a technical point of view, but I have done all the roles in the service department, so I understand where everyone is coming from.”