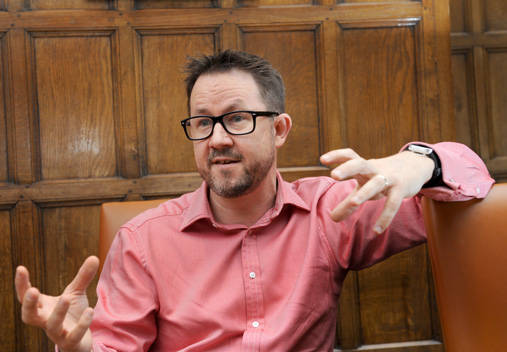 In its recent customer magazine, Drive, HR Owen ran a feature on the 50th anniversary of the opening of the first Athena store in Hampstead in 1964.

It may seem like a curious association  –between a dealer group and a poster retailer – until you make the link between the dreams of boys on their way to becoming rich entrepreneurs and a company that has been associated with luxury motoring since the 1920s.

From its roots in Mayfair in 1932 and links with established motor trader and ‘gentleman racer’ Jack Barclay, HR Owen is today the largest luxury and supercar dealer in the UK and one of the best-performing in the world. It specialises in high-end vehicles, is an official dealer for eight of the most prestigious car brands – including Aston Martin, Bentley, Ferrari and Lamborghini – and has 12 sales sites in London and the South, plus a dealership in Manchester.

However, with such a portfolio comes great responsibility. HR Owen has to fulfil the demands of the luxury brands and meet the expectations – even fulfil the dreams – of hugely wealthy ‘petrolheads’ whose passions were first stirred by posters of supercars on their bedroom walls.

The rewards for meeting the expectations are significant – Maserati’s new Ghibli with a £48,000 price tag is at the cheap end of what HR Owen sells – but so is the weight of responsibility. And if you look at the group’s financial results, it had begun to show.

Ten years ago, turnover more than halved and while improving, is still a long way off the £687 million maximum it has achieved and profits have been performing in a snakes and ladders fashion for longer.