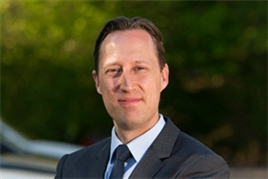 AM: When did you introduce your maximum rate?

AG: We are in the process of rolling it out. The first dealers went live on January 1 and by the end of quarter two all our partners will have adopted it. The feedback has been overwhelmingly positive.

AM: Why is it such a positive for dealers?

AG: That is probably the one frustration we have as some of our competitors firmly stuck in the old way of doing things which as a result, creates a a dilemma for dealers, because they are suddenly faced with two/three/four/ five different models they have to work with and, again, obviously we try to work with our partners to come up with solutions that will work for the dealership. But it's clear that actually having six different models of approaching a customer is going to be viewed critically by the FCA and that is something that the dealers will require some support from us, as lenders, in working through.

AM: How does your rate compare/compete with high street lenders?

AG: The rate is comparable to what you can get on the high street. And the model that we are now implementing allows dealers to discount down to a very competitive rate by basically contributing to the finance product themselves. And the resulting interest rates can be very, very low, and will allow the dealers to compete.

AM: To what extent will the maximum rate impact on dealer profitability?

AG: Our motivation was to protect the F&I profitability within a dealership in its entirety, but remove some of the peaks and work more on averages. So, we have seen already, where the income per unit on finance has gone down, but because of the simplicity of the new approach, the penetration rate has increased quite substantially and therefore the bottom line profit, which is the most important element to the F&I component, has increased quite dramatically.

AM: You're non-captive typically, so isn't there the risk dealers will see Alphera capping their profit potential, and begin to favour those who haven't adopted a maximum rate? They don’t have to change the way the operate and also maintain profitability.

AG: We had feedback like that from a few partners in the early stages of the FCA's arrival. However, in the continuous dialogue that we had with our partners, those voices have become more and more muted. There’s a realisation that things have to change and that actually the treatment of the customer actually outweighs any shorter profit optimisation.

And actually, almost exclusively, all our partners understand and support what we're trying to do. But of course, I do understand it is difficult for our dealers to adopt a standardised sales process when other lenders are still not unified in their approach. Actually, interestingly enough, dealers are in a position where they need to drive alignment from their lenders.

AM: One comment we had from the BMW FS announcement of its capped rate was that treating customers fairly (TCF) was not about a single rate for everybody, whether it's capped or not, but rather about absolute flexibility dependent on a customers’s needs. So it's absolutely driven by the logic of the customer rather than any logic about, well this is the absolute maximum I can go to, so I'll go for that wherever possible. It's selling you a product that you absolutely want, be it over five years, three, two, or a PCP etc.

So, talking about rates is misleading because it should be different for everybody whether there is a cap or not.

AG: Agreed. At the end of day the FCA’s focus is on much more than just the commission scheme and how the dealers have been rewarded.

The main point we tried to address with our commission scheme is actually to remove any bias in the sales process. So while people actually in the past could, of course, could sell all the products, all terms to the customers, the commission scheme was geared in the way that it rewarded a certain behaviour more than others. So therefore, whether that was influencing dealers' behaviour or not, in the eyes of the FCA, it could be interpreted as having the potential to influence the sale process. So, we just want to make sure that we, as an industry, are in as good a shape as we can be as the FCA looks at us more closely.

We are trying to remove the bias from the sales process and simplify it.

The biggest success we have had with a partner was them offering 7.9% for all customers.

Why? Because its sales staff knows it's 7.9% for any customer that walks through the door for any product, for any term, any balance, and it was immensely powerful and actually led to a penetration rate increase of more than 20% in relative terms.

This was a real success in a mature business and just shows how much you can do by simplifying things.

AM: The FCA has made it clear they aren't going to dictate what constitutes best practise

It will ‘cherry pick’ what good looks like from what it’s observing. Is this the best approach to ensuring improvement in practises?

AG: Tthe FCA is treating the industry like adults. It’s let the experts decide what the best way to treat customers fairly is. However, there is some level of confusion, areas of grey, with lenders having different interpretations of what this means. This again makes it a little bit harder for the dealers to work with different models and put them into one streamlined sales process.

There is lender responsibility to enter into a dialogue with the dealers, to work towards the common goal of treating customers fairly, but also there's ownership required by dealers to make sure they can actually implement a standardised sales process. So, they need to also work closely with the lenders to make sure they have one model they can work with.

In another 12 months we will have, as an industry, have found a comfortable position we can all work from, when all these varying degrees of approaches would have been harmonised.