Vertu Motors has added to the recent flurry of acquisitions and disposals within the Volkswagen retail network with the £8.8 million acquisition of four dealerships from Sytner Group.

AM highlighted in this month’s magazine that a total of 10 VW dealerships changed hands during the last two months of 2019, with Sytner cutting its Volkswagen representation by a third with the sale of its Liverpool, Warrington, Stafford and Stoke-On-Trent locations to Johnsons Cars in November, ahead of the closure of its facility in Halifax.

Vertu said in a statement issued via the London Stock Exchange this morning (January 16) that the sites were expected to be earnings enhancing in their first year of trading, the year ending February 28, 2021.

Vertu Motors chief executive, Robert Forrester, said that he was “delighted” with recent changes to the group’s portfolio – including the sale of Volvo Derby to Marshall Motor Holdings and the opening of new Hyundai Motor UK dealerships at North Tyneside and Morpeth – but “especially the Volkswagen acquisition”. 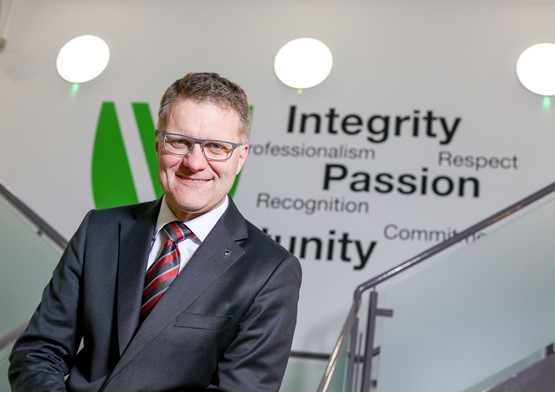 He said: “The addition of these excellent dealerships augments the Group’s representation of the Volkswagen brand and expands our operational footprint in Yorkshire.

“These portfolio changes reflect the Group’s strategy to continue to grow a significantly scaled franchised dealership business built on the back of a strong balance sheet, scalable operational systems and excellent relationships with its Manufacturer partners.”

Vertu Motors’ acquisition of the Sytner Group VW sites is expected to account for a total estimated consideration of £8.8m, including a payment of £1.35m in respect of goodwill.

For the year ended December 31, 2018, the combined management accounts of the dealerships acquired showed that they achieved revenues of £112m and a profit before tax of £0.6m, the group said.

The second half of last year saw a flurry of ownership changes within the VW dealership network.

In early December AM reported that Inchcape appeared to be poised to sell two more of its Volkswagen car dealerships five months after its disposal of five car and van franchises – in Chelmsford, Colchester, Romford and Southend – to Group 1 Automotive.

And Marshall Motor Holdings completed the £22.3 million acquisition of eight Volkswagen Group franchised car dealerships from Jardine Motors on December 18, a week after AM exclusively reported the move.

AM Poll
Should the product genius role move to purely online in the future? Please leave a comment
Vote
View all
124