Web searches for car maintenance queries up by 87% 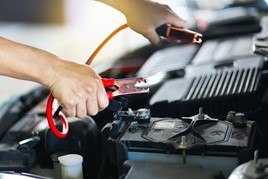 There has been an increase in the number of car owners searching for information on how to tackle issues with car brakes, batteries and tyres since lockdown began, new research reveals.

Analysis of search trends data conducted by car leasing specialist AMT shows that drivers are concerned about the repercussions of not using their car regularly, as searches for ‘not using car’ have increased by 85.7% since February, while ‘storing car’ and ‘long term car storage’ terms have risen by 81.8% and 40%.

The findings also imply that Brits are having to shell out on new components to restore their car to a good condition, as queries for ‘new car battery’ and ‘car battery online’ have increased by 21.9% and 21.7% respectively.

Demand for aftersales services could rise as motorists return to the roads, a Click4Reg study found that the majority of drivers remain clueless when it comes to vehicle maintenance

AMT’s general manager Ian Wright said: “These increased queries around car maintenance should serve as a reminder for all drivers to ensure that their vehicles remain roadworthy, in order to make the transition to commuting as seamless as possible when the time comes.

“Not taking measures to maintain battery health and tyre condition could lead to garages being overwhelmed as the lockdown eases, and may force drivers to resort to public transport to get to work - against government advice. It’s therefore far preferable for drivers to follow simple car maintenance procedures in order to keep things running smoothly.”

Almost 1.1 million unroadworthy vehicles are set to return to the roads as the COVID-19 lockdown begins to ease, according to Kwik Fit.

It revealed that an estimated 1,096,000 vehicles, which would have received a six-month MOT extension, would have failed a test with dangerous or major defects had they undergone a MOT test.

A resulting summer spike in unroadworthy vehicles could result in road safety concerns, but also an opportunity for car retailers, who should be making customers aware of the need for vital vehicle maintenance.