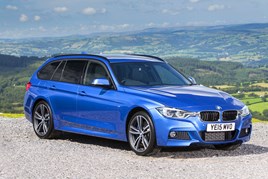 BMW, Mercedes-Benz and Ford have won accolades in the largest vehicle reliability survey in the UK.

The annual FN50 award for the most reliable car brand was won at last night’s dinner, organised by AM sister-title Fleet News, by BMW.

The BMW 3-Series was the most reliable car on contract hire receiving the award for the seventh time.

Contract hire companies are asked every year to rank the best-performing models based on warranty claims and breakdowns and award points.

The totals for each car and manufacturer are collated to assemble a table of the best-performing models.

The awards were announced at the annual FN50 event hosted at the Park Plaza in Westminster Bridge last night, attended by over 900 industry professionals.

The FN50 is an independent audit ranking the largest 50 leasing companies across the UK, carried out in August and September of 2016.