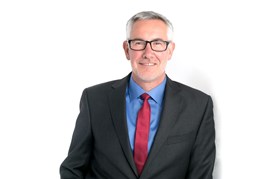 The Motor Ombudsman received 7,200 enquiries from customers related to its Vehicle Sales Code between launch in September until December last year.

This represents 25% of the organisation’s total of 28,500 enquiries recorded all last year. Total enquiries have gone up 50% year-on-year.

The Motor Ombudsman was launched in November last year after going through a two-year process to transform its previous guise as Motor Codes.

It continues to accredit dealers and suppliers across four codes of practice covering service, the new and used car purchasing process, warranty and new vehicles.

Of all the enquiries made last year, 1,500 progressed to cases, 200 of which related to the Vehicle Sales Code.

Service and repair represented the biggest area of enquiry for customers last year at 8,500, but the Motor Ombudsman is expecting it to be overtaken by the vehicle sales code in 2017.

Bill Fennell, The Motor Ombudsman chief ombudsman, said there is no cause for alarm due to the increase in enquiries.

He said: “A lot of what we’re dealing with is people ringing up to find out if they have a case.

“Since becoming an Ombudsman we have seen the number of enquiries coming in to us going up.

“I think this is down to having reinforced our position in the industry and our relationship with Citizens Advice and Trading Standards.”

Fennell said the publicity surrounding the launch of the Vehicle Sales Code helped to explain the surge.

He said many disputes were now being sent directly to the Motor Ombudsman rather than to “a variety of approved alternative dispute resolution (ADR) providers”.

Fennell said the move to becoming an ombudsman meant more than just “a new name and logo”.

Fennell said: “The decision to do this was driven by our own consumer research around awareness on knowing where to take their complaint when it’s related to their car.

“But it was also driven by the introduction of the alternative dispute resolution (ADR) directive in 2015, as well as our decision to launch the vehicle sales code.”

The ADR directive meant that as of July 9, 2015, free alternative ways of resolving contractual disputes between consumers and businesses rather than going to court became available much more widely across the UK.

Motor Codes had to make changes to its executive board in order to gain ombudsman status. It hired non-executive directors from outside the automotive industry to help boost its impartiality.

Fennell also made having a law degree a prerequisite for new recruits to the business. He also appointed ADR specialist Natasha Gasson as the official ombudsman.

Gasson’s primary responsibility is to review cases and issue a final decision if they have not been resolved through the adjudication process.

The final decision from the Ombudsman is binding if a consumer accepts it. If the decision goes in the consumer’s favour, the accredited business must then award what the customer is due.

There are around 7,000 accredited dealers using the Motor Ombudsman’s codes of practice, all of which will be going through their reaccreditation process this year.

Motor Codes used to assess the whole of its subscriber base with a physical inspection over a two-year period, but this will now be annual.

The fees from accredited businesses is how the Motor Ombudsman is funded.

The previous biennial regime saw The AA inspect businesses for £175+VAT (payable every two years) which was in addition to the annual £155+VAT fee to sign up to a code (for the first year) and £135+VAT for renewal. Over two years, a dealer subscriber would pay £465+VAT.

However, Fennell confirmed moving to an annual assessment to be-reaccredited will not mean an increase in fees.

He said: “There is now an annual assessment when you become re-accredited to a Code and this is included within the annual accreditation cost of £195+VAT (for one Code only). Therefore the new model is more cost effective over two years (now £390 v £465).”

Fennell said there are currently no plans in place to launch new codes of practice in the market, but he said the organisation will continue to monitor complaints coming in to see if anything is needed in the future. This echoes Trading Standards’ views which has said it is happy for the motor industry to continue to self-regulate through codes of practices and it is happy with the codes that are in place.

Fennell said: “We’re concentrating on growing the number of businesses accredited under the Vehicle Sales Code this year and getting our name out there to let consumers know this is where they can come to if they have a problem.”

Part of being an ombudsman is having an area on its website to list businesses that have been expelled from holding a code of practice. The section is currently empty.

However, Fennell is planning on putting together anonymised detail around cases they have tackled in a bid to share best practice with the industry.

Fennell said: “If we can show some of the cases we are dealing with that explain where dealers are going wrong, it can be used as a way of learning how to tackle things in the right way.”