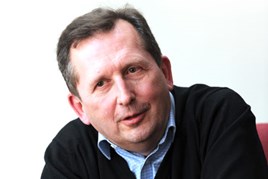 Pendragon chief executive, Trevor Finn, described the results as “encouraging” before mapping out the group’s plan for growth in 2017. He said: “Pendragon is leading the evolution of automotive online retailing.

“Future growth will be driven by our initiatives, our investment in additional physical capacity for used car sales and by our strategic advantages in IT and intellectual property.

“We believe that we can achieve at least double digit growth in used revenue in 2017 and our aspiration over the next five years is to double our used vehicle revenue.

“In order to test this, during the final quarter of 2016 we invested in inventory and adjusted our algorithms and marketing initiatives with a view to driving growth in used vehicle activity levels to test the capacity of our current footprint.

“The early results of this are very encouraging.  Our growth in used vehicle revenue on a like for like basis in January 2017 exceeded the increase required to achieve our growth aspirations.

“We anticipate our performance for 2017 will be in line with expectations.”

Pendragon announced that it would be focussing its efforts on used vehicles, aftersales and repair and new vehicle markets.

Its plan includes the evolution of and investment in Evanshalshaw.com and Stratstone.com websites – which increased web visitors from 8.5 million in 2011 to 22.7 million in 2016 and to increase its used car capacity.

The group has doubled market share in six years, and will continue its investment in additional physical capacity for used vehicles sales to achieve at least double digit growth in used revenue in 2017.

Pendragon will be opening five sites in the first half of 2017 and has five sites “actively being pursued for the second half of 2017”, it said in its annual statement, adding: “This investment will take place over the coming four year period and is expected to amount to approximately £100 million in total investment since initiation in 2015 (assuming all additional sites are freehold).”

Online sales channels and the Move Me Closer platform – which sees vehicles brought to customers from sites across the UK following the payment of a refundable deposit – is also central to Pendragon’s growth plans.

Customers will also be able to use its Sell Your Car process, selling direct to Evanshalshaw.com for a guaranteed payment of more than ‘webuyanycar.com’, to help deliver a greater selection of choice and value to customers and to turn stock more quickly, it said

Pendragon now has 85 Sell Your Car locations – from 42 in 2015 – and plans to include these in all new stores. 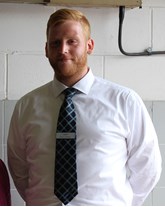