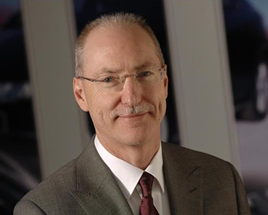 Honda UK has admitted that there will be “major, major” changes within its dealer network as it prepares to spark the electrification of its range with the launch of a new hybrid vehicle next year.

Honda Motor Europe’s president and chief operating officer, Katsushi Inoue, unveiled the brand’s ‘Electric Vision’ at the 2017 Geneva Motor Show, outlining a commitment to deliver some kind of electric propulsion in two-thirds of cars sold in Europe by 2025.

Speaking to AM immediately after the announcement new Honda UK managing director Dave Hodgetts, who succeeded Phil Crossman in January, said that the new strategy would bring changes for the network, particularly in aftersales departments.

He said: “We will electrify two-thirds of our range in Europe by 2025. That includes four different technologies from fuel cell, through plug-in hybrids to normal hybrids and full EVs from 2018 onwards when there’ll be a two-motor electric hybrid launched. That will be in an existing model.

“We had a dealer conference two weeks ago and we alerted them to this message and changes to the dealerships are part of the changes that we need to progress. What this does to maintenance strategy in the future is a major, major change."

We can make it work

Honda UK’s head of cars, Phil Webb, said: “The structure of our network is such that they can accommodate that change. We have not yet started to address the impact in terms of hours of servicing, but this has got to be profitable for us and our dealer network.

“Our dealers are making a much better profit margin now than they were five years ago and I think they are in a good place.”

Webb said that the Honda dealer network was achieving and average RoS of 1.1% at the end of December, adding that there was a “desire to improve that”, with service plans underpinning its growth plans.

Honda’s service plan penetration currently stands at around 90% on new cars, according to Webb.

In the recent NFDA Winter Dealer Attitude Survey Honda scored a 6.7 rating from dealers asked to score their manufacturer overall, from one to 10. The average score across manufacturer franchises was 6.1.

When asked how satisfied they were with the current profit return from the Honda franchise, dealers scored it 5.9, against an average of 5.4.

Taking centre stage at the Geneva Motor Show was the new Honda Civic Type-R, which will be introduced to dealerships later this year, along with a new turbodiesel-powered Civic.

The 318PS turbocharged hatchback will become an instant flagship vehicle when it arrives in showrooms, but makes its debut earlier in the life-cycle of the car than has previously been the case to reach dealerships in Type-R’s 25th anniversary.

Webb said: “It’s true, in the past the Type-R has been introduced later in the product cycle, but what this approach shows is that it was developed as part of the same process as the more mainstream offering.

“Introducing the Type-R and the diesel this year also increases the impact of the new model’s launch.

“We asked our marketing team for a strategy that would see the launch of the new Civic last for 12 months and this is all a part of that.”