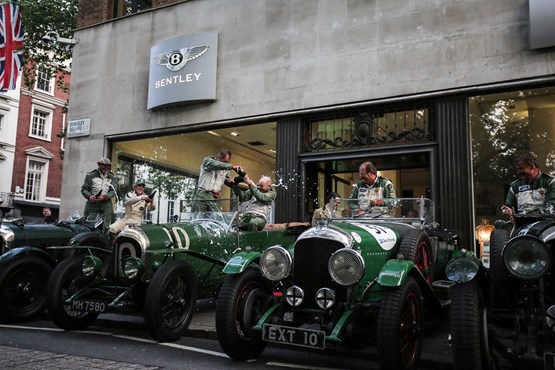 HR Owen is celebrating a very special anniversary as its most famous and celebrated showroom, Jack Barclay Bentley, turns 90 years of age in 2017.

Since opening his very first showroom in Mayfair in 1927, Jack Barclay has been an icon of the automotive industry and a cherished part of the affluent district’s past, present and future.

HR Owen acquired the business at the turn of the century and in 2016, Jack Barclay Bentley achieved a 60% increase in year-on-year sales.

Barclay’s first business was launched just off Hanover Square in 1927, but such was his success and need to expand that he moved to the iconic Berkeley Square site in 1953.

Mark Brown, general manager of Jack Barclay Bentley, said: “We are very excited to celebrate our 90th anniversary this year and tell this amazing story to the world. The fact that Jack Barclay has been an ever-present in Mayfair for such a long time is testament to the man himself for creating such an icon.

“Customers come from far and wide to buy their Bentley from Jack Barclay, just to have that famous name on their number plate. This isn’t just a car dealership, nor is it just a Bentley dealership – it’s the one and only Jack Barclay Bentley. Here’s to the next 90 years.”