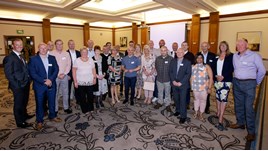 Vertu chief executive Robert Forrester has hailed as “astounding” the commitment of long-serving staff in the group’s northern dealerships which have amassed over 500 years combined service.

The AM100 retailer, which owns the Bristol Street Motors, Farnell Land Rover, Vertu Honda and Macklin Motors brands, held a special lunch in honour of its dedicated team members at Slaley Hall in Northumberland.

Forrester used the opportunity to thanks the group’s most dedicated staff members for their service.

He said: “The dedication shown by my colleagues who are being honoured for their long service is astounding.

“Together they have amassed more than 500 years of experience and represent some of the best talent across the Group.”

Amongst Vertu staff members who were recognised for their long service for the first time were Mark Chapman, from Farnell Land Rover Bury, and Bristol Street Motors Vauxhall Hexham’s Jean Johnson.

Chapman joined Land Rover Bury after his technician father retired from his position there, opening up a new technician position, and has gone on to achieve Master Technician status.

He has also been shortlisted for the prestigious national award Technician of the Year on two separate occasions.

Johnson joined the group 20 years ago, starting as a business sales consultant, moving onto roles in sales administration and marketing before settling into a service adviser role, a position she has held for the last 15 years.

Forrester said: “Vertu Motors believes in recognising and rewarding hardworking and dedicated colleagues. Everyone who has been honoured at this lunch has demonstrated our key values of integrity, professionalism, passion and commitment, and represents all that the Group stand for.

“They are amongst our most well-respected colleagues and are a credit not only to their individual dealerships, but the Group as a whole. I hope to be congratulating them on an even longer tenure at a future ceremony.” 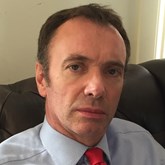