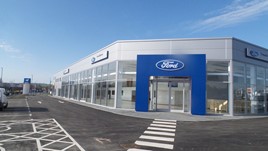 Perrys Group has celebrated early growth in its Ford sales in Derbyshire following the successful opening of a new £8.5 million FordStore at the heart of Chesterfield.

A 40-week development project Sheffield-based design and development contractor Sivil Group delivered the project “on time and on budget” in late May and Perrys regional director is now keen to realise the rewards of the sprawling new site and its seven-days-a-week offering for sales and servicing.

Rogers said: “The early performance has exceeded expectations and we expect to realise a 30% rise in used car sales and similar growth in retail, fleet and aftersales.

“Used vans will deliver huge growth too. With our new space for five commercial vehicles in the new showroom and 50 used vehicles outside, that side of the business open seven-days-a-week.

“Of course, the facility has to deliver because it is, without doubt, one of the largest FordStore sites in Europe.”

Perrys consolidated two Ford operations in Chesterfield ahead of development of its new FordStore on the Spire Walk Business Park.

A used car and fleet specialist centre on Chatsworth Road and an aftersales site on Brooker Lane were closed, the former being sold to the Lidl supermarket chain, the latter to a locally-based fabrication business. 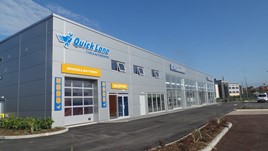 There is also room for 150 used cars and 50 used vans outside and a ‘Quick Lane’ fast-fit MOT and servicing centre, which is open seven-days-a-week.

A total of 92 members of Perrys staff are now based at the site, including a large fleet team and Rogers’ regional operatives.

He said: “Awaiting the opening of the new facility has been really exciting for the team at Chesterfield and it’s clear to see the potential of the site.

“We occupy the best site in the town, all the traffic flowing into Chesterfield passes-by and we’re in an area where there is B&Q, Screwfix and a large retail park, which is great for our commercial sales. It really is a super opportunity.”

Rogers said that he was confident that the team at Perrys Chesterfield could make the most of the new FordStore’s increased capacity.

He said that staff turnover in the town over the past three years was 12%, adding: “The culture is right and now we have the facilities to match.”

In January of last year Perrys Group secured a £40 million refinancing from Lloyds Bank Commercial Banking to support the development of two new dealerships, in Preston and Chesterfield.

This followed the acquisition of five Ford dealerships, in Chesterfield, Mansfield, Worksop, Alfreton and Retford, along with a Kia franchise in Worksop and a Mazda site in Mansfield, from GK Group. 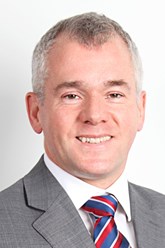