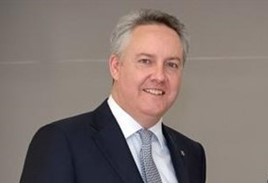 Pendragon has said that it needs to refocus its Car Store used car supermarket strategy as it seeks out “self-help opportunities” in light of an operational business review which predicted that the group would make a significant loss in H1, 2019.

The results of an initial business review conducted by new chief executive Mark Herbert and his leadership team at the once AM100-topping group stated that it expected to be to be “significantly loss making” in the first half of the year, with  a small loss in underlying pre-tax profits for 2019 as a whole.

Considering the performance of each of Pendragon’s areas of business on an “as is” basis, the group found that accelerated losses from the Car Store business, an excess of used car stock, lower than anticipated new car margins and increased costs – particularly in aftersales – would all hamper its 2019 performance.

There remains opportunity to drive the performance of the UK motor retail division, the group said, across each of new, used and aftersales, through a combination of focus on volume, margins and cost, meanwhile.

Commenting on the findings of the review, Herbert said: "Notwithstanding the challenging market and uncertain macro outlook, the expected loss for the year is still disappointing.

“That said, we see significant addressable opportunities to improve the business and return to profitable growth.

“We are continuing to work on our review of the business ahead of our strategic update in September, but I am confident there are real opportunities for self-help that will improve the performance of the core UK Motor and Leasing businesses.

“In the short-term, there is a need for a refocus of strategy and execution in Car Store but I believe this, together with Pinewood, to be significant long-term market opportunities that we should be pursuing with vigour.”

News of a refocus on the Car Store business comes two months after divisional director Chris Caygill was placed on ‘gardening leave’.

At the time, a spokesman for Pendragon confirmed to AM that the former Porsche Retail Group general manager was no longer at the helm of the business which was at the heart of former chief executive Trevor Finn’s ambitious plan to double used vehicle revenue in the five years to 2021.

Confirmation of Caygill’s departure came less than a year after he took up the post and a day after Pendragon issued an interim management statement in which it cited the Car Store division’s financial losses as part of its report of an underlying pre-tax loss of £2.8m in the three months to March 31 – £10m worse than it previously expected.

Today’s operational review statement revealed that Pendragon expects to publish its next set of interim financial results in September.

The figures contained in that report could be affected by the completion of its disposals of two of its Jaguar Land Rover (JLR) franchise locations in the US.

Work is progressing on the disposal of the businesses in Mission Viejo, California, and Newport Beach, California, for a combined consideration of over £60m, it said, adding: “The impact on the FY19 underlying PBT of the two announced disposals will depend on the timing of completion, which are currently expected to occur during Q3.

“Discussions for the disposal of the remainder of the US Motor group are continuing.”