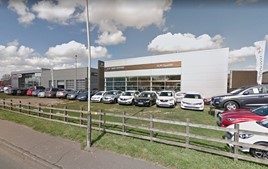 The SLM Group has announced it will make five redundancies when it closes the doors of its Hyundai Norwich dealership at the end of November.

The franchised retail group, based in St Leonards, East Sussex, has been able to make plans to reassign 14 of the 19 staff from the Delft Way facility to other franchises nearby but will be forced to make the job cuts – three of which were voluntary – as a result of the closure.

The Eastern Daily Press reported this week that the business would cease trading as a franchised site within the Korean brand’s dealer network on November 30.

SLM directors said that the branch closure was due to "current market conditions and agreement with Hyundai", it reported, adding that the showroom’s use will be changed to further expand the group’s offering of other brands.

The former business – formerly known as Dingles but sold to the Sussex-based St Leonard's Motor Group (SLM) in July 2017 – opened its Hyundai Norwich showroom as a new build operation in February 2014 but has encountered challenges with the operation's viability in more recent times.

Speaking to the EDP, SLM director Jason Barlow said: "Since the purchase of Dingles motor group, the Hyundai franchise has been challenging due to our location and market conditions.

"The company enquired about relocating the franchise, but this was considered not to be financially viable."

Barlow told the newspaper that he was “saddened” at the loss of any jobs within our group, adding that the group would “continue to help those that have been made redundant to find alternative employment”.

AM is awaiting a comment from Hyundai Motor UK to clarify its plans for franchised representation in the Norwich area.

Less than a month later, however, South East London-based Ancaster Group added the high footfall location to its Hyundai portfolio in the same year that it opened new showrooms with the Korean brand in Croydon (October 2018) and Welling (August 2019).

Ancaster Group managing director, Stephen Wood, said at the time: “We have a long-term business plan that features Hyundai as a key contributor to our ongoing growth."