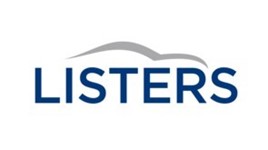 Listers Group has revealed that it suffered a 41.3% decline in profit before tax as turnover declined by 1.9% in its annual financial results report for 2019.

Overall, the group’s car sales declined by 3.4% as a 0.8% increase in used car retail volumes helped to mitigate the impact of a 7.2% decline in new car sales.

Despite the faltering result, a dividend of £7.5 million was proposed and paid during the 2019 accounting period, the group revealed in its statement, along with an £8m dividend proposed in the previous financial year.

The group’s financial statement said that the UK’s COVID-19 lockdown period, which started on March 23, had “a significant detrimental impact on the group’s profitability”.

Earlier this week Pendragon cited the pandemic's impact in a set of delayed interim financial results which detailed a £31 million underlying loss before tax during H1, 2020.

Listers reported that it was unable to complete vehicle deliveries in what would have bee the group’s busiest period of the year, adding that aftersales activity also reduced “significantly” as the business was restricted to the provision of servicing to customers classified as “keyworkers”.

“Communications, guidance, policies and procedures issued and implemented in response to the impacts of COVID-19, in order to support and protect employees and customers, are being regularly reviewed and updated as necessary.”

The group said that it had taken advantage of the UK Government’s Coronavirus Job Retention Scheme to furlough staff and had also benefited from business rates relief and VAT payment deferrals.

During the reported period Listers added two new franchised partners in the form of a new Isuzu dealership in Worcester during November last year and the opening of its first Porsche Centre, in Hull, in January this year.