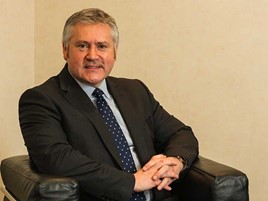 Eastern Western Motor Group's parent company Eastern Holdings has reported a 10.1% increase in turnover and pre-tax profits up 15.1% in its 2019 annual financial results.

While the group said that it was aware of the need to “rapidly align costs with the levels of activity” achieved during and after the arrival of the COVID-19 coronavirus, it said that it was confident of achieving increased profits during 2020.

Commenting on the 2019 results, the group’s financial statement said: “We are particularly pleased with this result considering that in 2019 the general UK market UK market registration decreased 2.37% and the Scottish market decreased by 5.45%.

“Our aftersales departments continued their growth with a like-for-like increase in turnover of 10%.”

The business expanded its network in 2017 with the acquisition of BMW and Mini dealer Grassicks Garages, Phoenix Motor Group’s former Honda franchise in Stirling and Dundee Volkswagen and Mazda retailer Barnetts Motor Group.

The group said that it had stress-tested its operations and financial liquidity in-light of the COVID-19 crisis in reports looking 12 months forward from publication of its 2019 results.

In a scenario that projected two months of localised lockdown towards the end of 2020, it forecasted “a profitable year and positive cash balances”.

It said that its banking facilities – in addition to a £30m cash position as the time of facilities re-signed at the start of the crisis – gave the group “significant headroom for 2020/21”.

Commenting on its performance following the June 29 re-opening of its retail sites in Scotland, Eastern Holdings added: “The group, post-lockdown for July to September, has significantly outperformed the original budget in all areas.

“However, the directors have taken a pragmatic approach to the model for the remainder of 2020, factoring in the removal of Government support, and are confident in our forecasted models.”