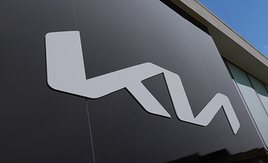 North Wales Honda has been renamed as North Wales Motor Company after adding a Kia franchised car dealership to its portfolio in Llandudno.

The group acquired the former Peugeot showroom on Argyll Road, Llandudno, after Mochdre Garage vacated the site and consolidated its operation into its existing site two miles away.

Speaking to Business Live website, Paveley said he saw the Kia franchise as “a great opportunity to push in the opposite direction and grow our business with a broader offering of products”.

"There is a necessity to stay relevant with a wide range of hybrid and electric cars, while also catering for customers who don’t feel the need to embrace the new technologies just yet,” he said.

Paveley added: “Acquiring the long-established Peugeot site has safeguarded jobs and provided new jobs for skilled workers, much needed after the recent pandemic.”

Three new members of staff have been recruited at the site on Sealand Road, Chester, after the AM100 car retail group added the Korean brand into what had been a standalone Vauxhall franchised site.

Back in March, meanwhile, North Wales Motor Group's fellow Welsh franchised business, Gravells, expanded into England and added a sixth Kia Motors UK dealership with the opening of a new showroom in Hereford.