The latest in a series of sports sponsorships deals for the AM100 PLC, the partnerships will deliver matchday exposure and the potential for player appearances at promotional events for Vertu.

Vertu chief executive, Robert Forrester, said the group was "delighted" to expand its football sponsorship portfolio with the addition of Championship Middlesborough and League One Sunderland.

He added: “We look forward to working closely with them to bring the Vertu Motors brand to their audiences and support their various football initiatives across the region.”

The football partnerships are part of a wider sports sponsorship push by the group. 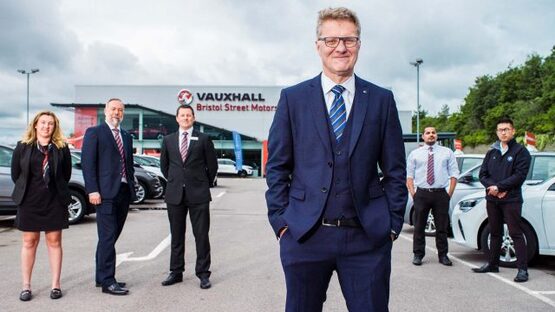 In an interview with AM earlier this year, Forrester told AM that the business would continue to drive a “big brand” profile after adding 30 car retail outlets in 15 months.

Forrester, who starred in ITV’s Undercover Big Boss series in a bid to raise awareness of Bristol Street Motors earlier this year, told AM: “Our high-profile marketing is here to stay. If you’re going to be successful, you’re going to have to have big brands.

“Take Coca-Cola, for example. Why do you still see them on television? In terms of building a profile, it doesn’t stop.”

Commenting on Vertu’s new sponsorship arrangement with Sunderland AFC, the football club’s chief operating officer, Steve Davison, said: “We are delighted to welcome Vertu Motors as an official partner of Sunderland AFC. Vertu is an established and respected national brand which is renowned for its commitment to quality service and customer care.

“Based in the North East, it has an ever-growing presence within the region and we look forward to working with them to establish a strong and lasting partnership.”