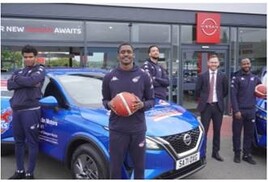 As part of the deal, Macklin Motors Glasgow South Nissan on Welbeck Road has supplied the team with two brand new Nissan Qashqais.

Several overseas players share accommodation whilst in Scotland playing for the Rocks and the vehicles will be used by them to travel to and from the Emirates Arena, as well as general transportation, Vertu Motors said.

Barry Lindsay, general manager at Macklin Motors Glasgow South Nissan, said: “I’m very pleased that we have been able to support Glasgow Rocks for the next two seasons.

“Macklin Motors is passionate about supporting local sport. Clubs like Glasgow Rocks give so much back to the community and it’s important that we help them continue that work and encourage young people to engage with sport.”

The AM100 PLC has also announced its Bristol Street Motors division is supporting the W Series - the international single-seater motor racing championship for female drivers - to compete in the virtual edition of the 24 Hours of Le Mans race on January 15-16, 2022. 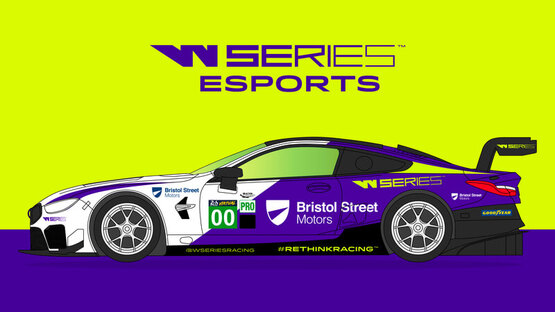 The W Series Team will compete in car number 45 – a BMW M8 GTE – and be supported by Bristol Street Motors, which also sponsored Channel 4’s coverage of the 2021 W Series season.

Liz Cope, chief marketing officer at Bristol Street Motors said: “As the principal partner of the W Series Team in the 24 Hours of Le Mans virtual race, we're delighted to further extend our support of women in the world of motorsport.

“Bristol Street Motors is proud to be involved in anything that encourages equal opportunities for women in the motor sector, whether as a racing driver, a technician, or a sales executive.

“The W Series championship last year demonstrated the level of passion and skill that women bring to the sport and the wider automotive industry.

“The 24 Hours of Le Mans virtual race is an incredibly exciting event, and we can't wait to see how the fantastic W Series drivers perform.”

In December 2021, Vertu Motors announced it became the ‘Official Car Retailer’ of North East football teams Middlesborough FC and Sunderland AFC for the remainder of the season.