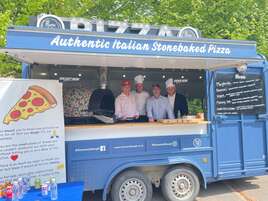 Snows Motor Group is continuing to celebrate its 60th anniversary with a year of treats for staff, including 1,000 freshly made pizza lunches.

All 48 of the AM100 group’s dealerships across the Southwest, including the Isle of Wight are being visited by the Flame and Dough pizza truck as part of the Snows Pizza Party Tour.

Project and development manager Olivia Snow said the initiative aims to “bring staff together” and allow them to "feel appreciated”.

"We want to show every single one of our colleagues just how important they are to us and to the business, so we have 12 months of special events to bring people together, enjoy themselves and feel appreciated.

“In addition to having fabulous fresh pizzas made on the spot for them, we are encouraging our teams to get out into the fresh air, mix and enjoy a relaxed lunch together.”

“Celebrations to mark the 60th birthday will run throughout 2022, but officially began on January 4 when every member of staff was given their birthday off as an extra day’s leave.

“Last month we presented an Easter egg to every member of staff and a 60th anniversary goodie bag.

“We also staged a hugely popular Mascot Day at AFC Totton, where Snows is main sponsor, and 30 staff children, grandchildren and family members enjoyed a stadium tour and games with Totton players, before providing them with a guard of honour onto the pitch for their game against Cirencester.

“More events are planned for the rest of the year to thank everyone for the tremendous contribution they make to the business.” 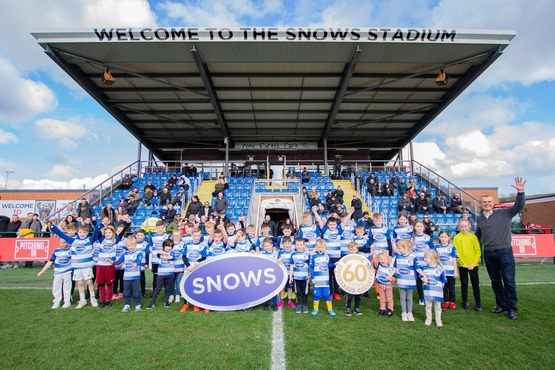 To celebrate its milestone 60th year Snows has also launched Mission 60 – a challenge for every colleague in the business to raise £60 over the course of the year.

Some people are taking part in one of three current group wide events - a 106K non-stop walk around the Isle of Wight, a gruelling 15K Tough Mudder and an abseil at the Spinnaker Tower.

The aim is to raise £60,000 for the charities staff have all nominated and voted to support.

Snows started life in 1962 as an office supplies business, with the late Geoff Snow investing in St James’ Toyota Centre in 1979 and introducing the business to the motor trade.