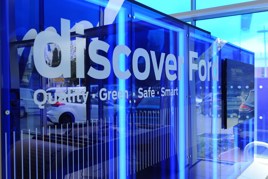 TrustFord has taken a step closer to taking its car retail operations to Scotland with the submission of a planning application for a dealership in Aberdeen.

The Ford-owned AM100 car retail group is set to take over the city’s Ford franchise after Arnold Clark walked away from the brand – and Japanese OEM Toyota – earlier this year.

TrustFord has previously made a move north of the border with its Parts Plus operations, but its Aberdeen site will be its first car retail franchise in Scotland.

Earmarked for land on Hillview Road, on the West Tullos Industrial estate to the south of the city, TrustFord’s planned new showroom will include aftersales, parts sales and a smart repair bay, as well as selling new and used vehicles.

The land was bought by Knight Property Group last February and was previously the base of Tyseal, Scottish Construction Now reported this week.

It said that Knight Property Group had demolished 20 multi-let units to make way fo the new development, stating that the properties were “dilapidated, outdated and not fit for purpose”.

Arnold Clark chief executive Eddie Hawthorne told AM back in February that he expected to sever ties with more new car franchises after its exit from Ford and Toyota.

But while Hawthorne said that “two or three” more of the retailer’s established brand partnerships could be drawing to a close, he said that the moves were part of a refranchising operation as the group looked to the future with confidence.

Hawthorne said: “In terms of the manufacturers that we have got an issue with, it was just a case that we were headed in different directions.

“We’ve been with both Ford and Toyota for a long number of years, and I have huge respect for both brands, but it was just time to go.”