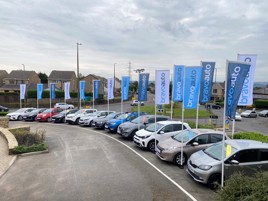 Inchcape has grown its bravoauto used car supermarket division with the opening of a new store at Sytner’s former Volkswagen dealership in Halifax - just nine months after it opened as a new CarShop Express business.

The opening of the new location on Halifax Road takes the AM100 PLC’s bravoauto operation to 12 sites and comes just nine months after the site's opening as a CarShop retail location.

It is the latest additon to a bravoauto network which opened sites in Stoke-on-Trent and Guilford last month and has seen further recent expansion in Crewe and Halesowen.

The bravoauto franchise director Rebecca Sides said: “We’re delighted to be opening our latest store in Halifax, as we expand the bravoauto brand in the north.

“bravoauto launched in November 2021 with the ambition of giving customers a truly unique buying experience by offering multiple ways to purchase their next car, whether fully or partially online or in store supported by our knowledgeable team. We look forward to welcoming our new customers to our Halifax store.

“Our plans to increase the number of bravoauto stores are well underway, with 17 expected to be in place by the end of the year.”

Sytner closed its Volkswagen dealership in Halifax in November 2019 as part of a process which saw the AM100’s top ranked retail group cut its Volkswagen representation by a third.

It was opened as a CarShop location in October last year.

A trading update published by Sytner’s US-based owner Penske Automotive revealed that two CarShop businesses had been closed during the first half of 2022.

Penske revealed that CarShop suffered a $1.5m (£1.2m) pre-tax loss in the period as the cost of sourcing and reconditioning used cars began to rise. 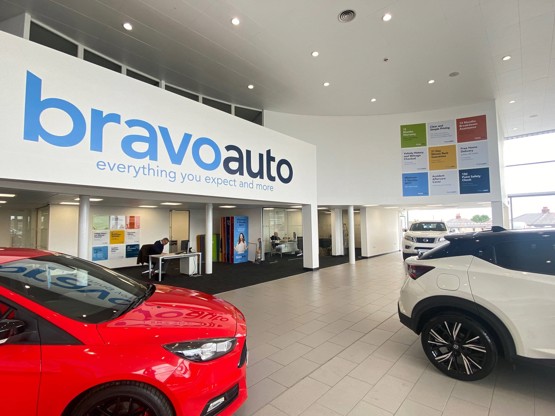 Halifax is Inchcape’s largest bravoauto site to date, with a large stock of vehicles all sold with a highly competitive offering of 12 months warranty, 12-month breakdown cover and 21-day money back guarantee.

Each location will feature a fast-fit aftersales operation, Brearley said at the time.

Yesterday Inchcape revealed it was “confident” of achieving its mid-term growth plans after delivering 53% growth in its adjusted pre-tax profits in the first half of 2022.

Inchcape PLC chief executive Duncan Tait said in the trading update that bravoauto “will be launching the platform in several markets in the second half”.