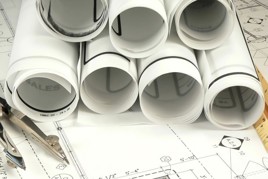 An independent used car dealer who had started selling cars from his rural home without permission has had a reprieve from South Norfolk Council because they didn't want to put him out of business.

Matthew Pitt was warned by councillors his plans for the Langley Cars business in Langley, Norfolk, were in an inappropriate location and failed to meet policies on countryside employment.

But rather than rule to remove the business from its current location immediately, councillors on South Norfolk Council's development committee voted to reject the application but defer enforcement for 18 months.

The EDP reports that Pitt told councillors: "The plan for the business to be at home was only ever temporary but unfortunately with the current economic climate, which I could not foresee, I have been there longer than I expected."

Mr Pitt said since becoming aware of the planning requirements he has tried to meet officers' concerns, including introducing restricted opening hours and lowering the number of vehicles on site.

The committee was told the business operated by appointment only, employed his wife and his father, and sold 10 to 14 vehicles per month.

Pitt said he could not currently support the business if it was forced to move to another site.

Planning officer Tracey Lincoln said to meet council policy they would not be able to give a short term approval but could include a delay in enforcement for a specified period, which would give Pitt time to find a new site.

Elsewhere, Plymouth planners are being asked to show some sympathy to independent dealer Turners of Roborough which has submitted plans to demolish and reposition its business due to council plans to expand a main road into its forecourt.