Twitter ready to roll out changes to how tweets work 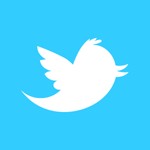 Twitter has announced that it will make a series of changes to how users compose their tweets and while there will still technically be a 140 character limit, the service will be more flexible.

The micro-blogging company has notified developers ahead of rolling out the changes publicly “over the coming months”.

Dealers should look out for changes which include:

● Replies: When replying to a tweet, @names will no longer count toward the 140-character count

● Media attachments: When you add attachments like photos, gifs, videos, polls, or quote tweets, that media will no longer count as characters within the tweet

● The end of .@: new tweets that begin with a username will reach all followers (that means users no longer having to use the ”.@” convention, which people currently use to broadcast tweets broadly.) If a user wants a reply to be seen by all their followers, they will be able to Retweet it to signal that they intend for it to be viewed more broadly.

Twitter’s official blog said: “In addition to the changes outlined, we have plans to help you get even more from your tweets.

“We’re exploring ways to make existing uses easier and enable new ones, all without compromising the unique brevity and speed that make Twitter the best place for live commentary, connections, and conversations.”