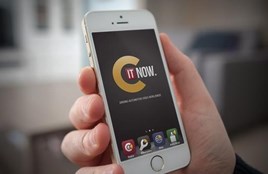 Using video to showcase cars has helped Volkswagen dealers cut two weeks off the amount of time they take to sell stock.

Over the course of four months, just under half of the cars on sale were supported by a video on the retailer’s website.

Joe Wilkinson, Volkswagen UK digital experience manager, said: “Videos of used cars on our website are a really engaging way for customers to see the product transparently. And thanks to this increased reassurance and desirability we know that the cars with videos sell more quickly than those without and that’s vital.”

CitNOW’s UK managing director Alistair Jeff said: “Well over half of all consumer internet traffic is video – more than ever before, consumers of all products want video before making the decision to buy. Moreover, customers are 64% more likely to buy after watching a video.*

“That’s why those retailers that are using video to showcase their stock are shifting that stock faster, maximising the turnover of the cars on their forecourt and increasing revenue.”

Vehicles in stock between September 1, 2015 and January 16, 2016 were considered in CitNOW's analysis.

Of the average stock of 14,720 vehicles in stock across the 120 Volkswagen retailers, 6,590 were supported by CitNOW Web videos.

* Source: CitNOW's report 'How video has changed the face of the automotive industry forever'.