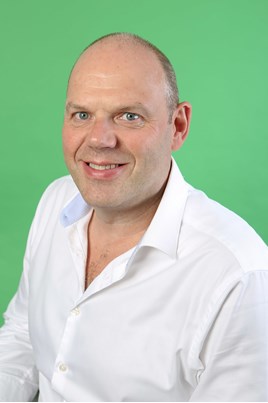 Tew said that the average motor retailer had become too wrapped up in delivering websites which look nice and deliver gimmicky attributes to visitors rather than concentrating on functionality that would help them sell car effectively online.

In a briefing to share some of the key findings of iVendi’s new report, chief operating officer, Richard Tavernor, agreed. He claims that visual tools such as like 360-degree imaging increase the visual aspect of a dealer’s website but that’s worth little if the e-commerce element isn’t there.

Tavernor said: “We keep making the analogy that it’s almost like going to the Amazon website and being able to see the book you want but not being able to go on and buy it.”

The iVendi Report on Online Motor Retailing was the result of 51 car dealer interviews, 304 consumer interviews and 11 manufacturer interviews conducted by APD Global Research between the March 21 and April 9, 2018.

Among the findings from car dealers was the discovery that 52% believe customers would buy a car from them entirely online, with 6% believing that that offer this option currently.

A total of 43% of dealers said that they plan to increase their online retail activity in the next 18 months but 83% said that it remains important for the customer to visit the showroom.

Fortunately, customers appeared to agree with the sentiment of retailers with regard to a visit to a traditional showroom environment.

While 79% of interviewed consumers, all of whom stated an intention to buy a new car in the next 12 months, said that they would be “confident” or “completely confident” about buying a car online 87% indicated that visiting a car showroom is an important part of the buying process.

Tew said: “At the moment the dealer relies upon the visit as an opportunity to upsell and offer other products.

“A total of 79% of consumers are now confident or completely confident of buying a car online and that shows how dealers should be working hard to deliver all their available products to consumers via their website.”

The report found that 57% of consumers believed that motor retail lags behind the best online retail experiences.

Tew said that a question mark remains in the minds of franchised car retailers over whether they, or their manufacturer partners, should be leading the way with online retail platforms, an issue often debated by the online finance specialist’s own dealer council.

He said: “The general thing to remember is that the vehicles offered by the manufacturer are generally going to be the full-up retail price.

“Without their own online retail offering car dealers are missing out on the chance to deliver their own competitive offers and really push use cars online, which is where much of their profit may come from in 2018.”

In its interviews with manufacturers APD Global Research found that 33% of OEMs intend to plan to offer the option to buy and finance a car online within the next 18 months, with 73% stating that they will be increasing their investment in this area.

The majority of OEMs (81%) believe that their existing dealer networks should be involved in online retail, meanwhile.

The report said that OEMs currently see car supermarkets as their biggest online competition but, in the future, foresee it becoming digital marketplaces such as Amazon.

James Tew said: “These findings act as an important counterweight to some of the more outlandish claims that have been made about how online retail will change the motor industry. It shows that yes, online retail will become much more important and relatively quickly so – but it also indicates a future where the dealer remains a key element of the buying process.

“What consumers want, it indicates, is a high degree of flexibility. To construct their own buying process that may be entirely online or entirely at the dealer – but is much more likely to combine the two in whichever way they desire.”