Over a third of buyers intend to buy their next car online, Motors.co.uk survey finds 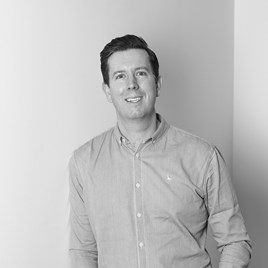 Over a third of car buyers are ready to consider turning to the internet to buy their next vehicle wholly online, according to research commissioned by Motors.co.uk.

The survey, conducted by Insight Advantage, the independent research agency, polled the views of 1,003 car buyers over the course of August and will be published in the inaugural Motors.co.uk Consumer Insight Panel.

It found that 37% of buyers would consider making an online purchase for their next car, while 41% expect most purchases to be made online in five years’ time.

Men and those aged 25-44 showed the highest inclination to buy their next car online.

However, the vast majority of car buyers (76%) still want to view or test drive a car before purchasing.

Dermot Kelleher, Motors.co.uk’s director of marketing and business intelligence, said: “Our research shows car buyers are increasingly looking to make their next purchases online, it’s the next natural step after they have used the internet to do all their research.

“However, they still want to interact with dealers with the vast majority saying they would want to view and test drive vehicles before committing to an online purchase.”

The survey also asked buyers about the likelihood of them adopting usership and mobility services as an alternative to owning a car outright.

Ownership remained the preferred option in the UK for the foreseeable future, although 21% of respondents said they no longer have a desire to own a car outright.

Over a third of all buyers expressed an interest in car subscription services with 35% saying they would be interested in schemes offered by manufacturers and dealers.

Buyers also said they were interested in car clubs with over a quarter (26%) saying they would join one, while 19% said they would be happy to rely on car sharing, taxis and public transport rather than buying a car.

Kelleher said that click to buy services were gaining momentum, with Ford and Jaguar Land Rover have recently joined the market and Vertu Motors having successfully launched a service.

He said: “These initiatives are clearly helping to raise awareness with a growing number of buyers expecting this to be the norm in five years’ time.”