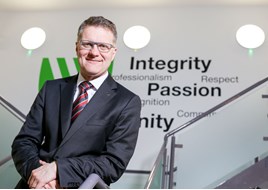 Lookers said the reason behind the sale was that Vertu was already operating Honda dealerships in "contiguous territories" to the businesses.

For the year ended December 31, 2015 the three dealerships achieved unaudited revenues of £39m and a break even trading result.

The Nottingham and Derby outlets have been owned by Lookers for several years and their sales territories are adjacent to the Vertu’s existing Honda outlets in Mansfield and Grantham.

The Stockton-On-Tees dealership was formerly owned by the Benfield Group and is located next to the group's existing Honda outlets in Durham and Sunderland.

Vertu expects this acquisition to be earnings enhancing in the first full year of ownership.

He said: “Our existing business achieved the accolade of Honda Dealer Group of the Year in December 2015 for the second successive year, recognising its performance in customer satisfaction in particular, and the newly acquired outlets will enable us to build upon this success driven by our excellent franchise management team."

Lookers' disposal follows on from its sale of of one Lexus and two Toyota dealerships to Vantage Motor Group for £12.7 million at the end of last year.

Lookers acquired 30 dealerships with its acqusition of Benfield Motor Group for £87.5m in September 2015.

Lookers has now started the process of rebranding the Benfield dealerships to be named Lookers.