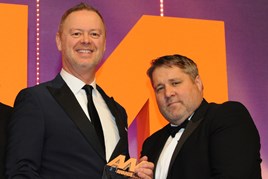 Rockar’s growth trajectory and ambition has shown no sign of abating as the omni-channel retail specialist continues to fuse an online sales platform with new manufacturer partners and high-street stores.

Following the announcement that Mitsubishi Motors in the UK was to partner Rockar, founder Simon Dixon told AM that 2018 is the year he expects to “realise the potential” of the innovative automotive retail model as it celebrates its three-year anniversary.

In January, news emerged that Rockar would partner another manufacturer to launch a car sales offering in Next clothing stores. Starting with the opening of a store at Manchester’s Arndale Centre in March, the partnership with Next is an opportunity to realise Rockar’s plan to have 12 stores across the UK, said Dixon.

“Next has 500 stores across the UK, so the opportunity for us is huge,” he added.

It added a second location with Hyundai at Westfield Stratford, in December 2015, and a Jaguar Land Rover showroom and aftersales facility opened its doors at Westfield in 2016.

Mitsubishi’s new Rockar online retail platform will be complemented by a retail store at a location that has yet to be announced.

In its first three years of trading, Rockar has logged more than 1.2 million user journeys through its online platform and has welcomed more than a million customers through its retail-focused stores.

This year, it will introduce its online retail platform to franchised car dealers.

Dixon said he did not want to be seen as a rival or a disruptor to franchised dealers: “We want to be a facilitator of online sales for manufacturers and retailers and I think 2018 will be the year that we realise that potential.”