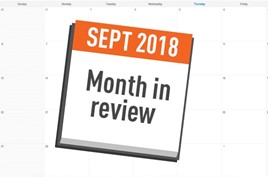 It took Lookers two weeks to confirm that it was buying the Teeside-based Ford, Kia, Harley Davidson, Mazda, Mitsubishi and Seat dealer group. Jennings' £216.6m turnover could be enough to move Lookers into second place in the AM100 – ahead of Pendragon, which started 2017 as number one.

Meanwhile, after Citroën's “absolutely horrendous” result on the NFDA Dealer Attitude Survey, managing director Karl Howkins conceded that the manufacturer had “lost the dressing room”. Citroën finished second-from-bottom in the ‘overall’ rating from franchisees with a score of just 3.4 out of 10.

The administrator of JD Classics secured a buyer, Woodham Mortimer, a company ultimately controlled by HPS Investment Partners LLC, for the classic car restoration, racing and sales specialist, safeguarding the jobs of about 60 employees at the business’s headquarters in Maldon.

Alvarez & Marsal Europe LLP (A&M) had previously been appointed as administrators to the Essex-based dealer, which encountered financial issues after a classic car collector who claimed to have “suffered catastrophic losses” during the trading of 41 vehicles began legal proceedings against former owner, Derek Hood.

Cambria Automobiles announced it was paring back its Fiat, Alfa Romeo and Jeep franchises to increase profitability.

JCT600 said it would bring a Roll-Royce franchise to Leeds with the opening of a new purpose-built showroom, after Pendragon withdrew its plans for a Stratstone operation in the city.

And Tesla criticised the results of WhatCar?'s Reliability Survey 2018 as “statistically meaningless” after survey responses from 28 UK Model S owners saw it finish bottom of the annual manufacturer ranking.