Those who attended the free event held on Sunday, September 8, helped to raise £700 for the Lymphoma Action Charity through a raffle and the sale of cream teas.

With over 50 classic, modified and performance Peugeot cars and vans on display, the event attracted car fanatics as well as company customers.

Hawkins Peugeot dealer principal, Johnny Hawkins, said: “We were all absolutely blown away with the number of people who attended as it far exceeded our expectations!

“What really surprised us was the passion for the Peugeot brand and that many of the enthusiasts had spent hundreds and even thousands of hours on their vehicles. “ 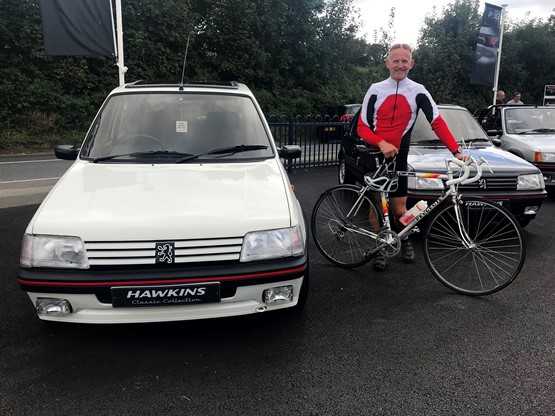 Also on display was memorabilia, model Peugeot collection and even a Peugeot racing bicycle.

The event was held to display some of the Hawkins Classic Car Collection from the last 20 years, and to allow local Peugeot owners and enthusiasts the chance to show one another their vehicles. 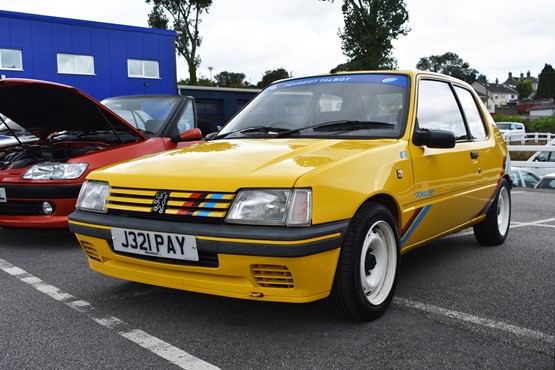 Hawkins said: “I’d like to take this opportunity to sincerely thank all of those who came along, exhibited cars and gave up their time to make the event a massive success and to help such a worthy charity.

“We have already started planning next year’s event; it’s going to be even bigger and will include Citroen.

“We have more cars from our collection scheduled for restoration that will be making an appearance including our famous 205 Rally Car”.

Hawkins Motor Group was founded in 1933 by William Henry Hawkins. William, who customers knew as ‘Billy’, had sold his Scott Squirrel motorbike to fund his new venture.

The motorbike, however, was found 50 years later, and takes centre stage in the Hawkins British Motorcycle Museum in St Stephen.