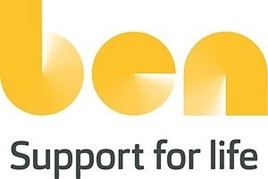 The Independent Garage Association (IGA) has donated £20,000 to automotive charity Ben, on behalf of its independent garage members.

Stuart James, chief executive at the Independant Garage Assocation, said: “It has been a very difficult year for independent garages, and Ben has provided outstanding support to more people within our industry than ever before, while facing fewer fundraising opportunities throughout the ongoing pandemic.

“With the IGA having to cancel a large number of events this year we have decided to donate the resulting surplus to Ben as thank you from the members of the association.

"We urge other organisations to donate so Ben can continue to offer the free, life-changing support for anyone in our industry during these difficult times.”

Auto Trader announced a partnership which would provide a £55,000 donation along with a commitment to provide “broader skills support in the form of mentoring and volunteering” to help support the charity, while the Lancashire-based AM100 car retail group handed over £10,000 on behalf of its employees.

Marshall has pledged a £10,000 donation to Ben as part of a 'Xmas Do-nation' charity campaign launched by MotorVise to plug the charity's funding shortfall.

MotorVise announced it would be hading over the £1,000 it intended to spend on its Christmas 'do'.

TrustFord has also pledged to donated £20,000 from the TrustFord Trust to Ben.

Ben responded to the increase in demand for mental health support in the automotive sector with the launch of a new digital platform offering a range of services.

The charity also announced it was extending support to industry people who have lost their jobs or at risk of losing their jobs as a result of the COVID-19 crisis.

Ben cancelled its annual fundraising Ben Ball event due to the ongoing Coronavirus pandemdic. In 2019, the event raised £87,000.