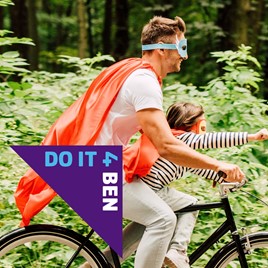 Ben reports it’s seen a 50% increase in demand against the backdrop of a £1m income shortfall and the newly-donated funds will allow its to contune providing support after fears that "difficult decisions" might have to be made about certain services.

Matt Wigginton, fundraising director at Ben, said: “We’ve been overwhelmed with the support from our industry so far in response to our urgent rallying cry. Every donation and offer of support make a huge difference to people's lives. From all at Ben and from those we support, I want to say a heartfelt thank you to those who have pledged their support.

“No-one in our industry should face difficulty alone. The issues automotive people are facing now are more urgent than ever before. Our support teams are at breaking point and we can’t meet everyone’s needs without this help.”

MotorVise announced it would be hading over the £1,000 it intended to spend on its Christmas 'do'.

Ben cancelled its annual fundraising Ben Ball event due to the ongoing Coronavirus pandemdic. In 2019, the event raised £87,000.

Companies are getting creative with ideas such as donating Christmas party funds, ‘Charity of the month’ schemes and donates linked to survey responses or sales/profit, the charity said.

Ben is also launching 'Do It 4 Ben', a new way for anyone in the industry to fundraise for the charity.

As part of Do It 4 Ben, the charity will launch a new virtual challenge event in January 2021.

Wigginton said: “We are very excited about the launch of Do It 4 Ben, including our new lotto and an exciting virtual event taking place in January next year, which is something the whole industry can get behind.