The HMRC has clarified the terms of post-Brexit tax arrangements for car retailers operating in Northern Ireland after changes to the margin scheme created a “hidden trap”.

New published guidance has clarified that NI car retailers who buy cars on the UK mainland will be able to continue applying the margin scheme, despite assertions that the measure is “in breach of the Northern Ireland protocol”.

MHA MacIntyre Hudson highlighted the new HMRC documentation in a communication to retailers this week. 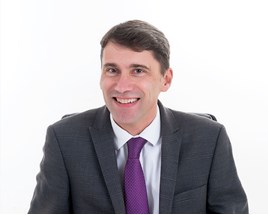 VAT director, Glyn Edwards, said: “Following the Chancellor’s Autumn Statement we alerted the sector to what appeared to be a hidden trap in respect of the use of the margin scheme in Northern Ireland for vehicles sourced in GB.

“The technical notes released by the Treasury indicated that legislation was to be introduced to codify the current concessionary treatment which allows the margin scheme to be used for such sales – despite this being in breach of the Northern Ireland protocol.

“HMRC have now clarified and updated their guidance for vehicles sold after January 1, 2021.

“It explains that new guidance is imminent but in the meantime businesses that have purchased a used motor vehicle in Great Britain after the end of the Brexit transitional period and sold it in Northern Ireland can continue to use the margin scheme.”

The new HMRC documentation further clarifies that, where VAT has been charged on the full selling price, the value can be adjusted where the additional VAT has been paid back to the customer.

Clarification of the rules is likely to be welcomed by NI car retailers.

Back in November last year Sytner, Lookers and TrustFord joined forces with the National Franchised Dealers Association (NFDA) to find a solution to a post-Brexit tax issue which was set to add 20% to the cost of every vehicle imported from the mainland UK.

Three months later the UK Government confirmed it would reinstate the VAT margin scheme for cars imported and resold by car retailers in Northern Ireland – avoiding pressure on dealer margins and price increases for customers, a move celebrated by dealers and the NFDA.

In May, the NFDA committed further resource to the region with the launch of a division in NI to ‘outline dealers’ priorities’ and ‘tackle issues’ affecting them.

Among the issues it aimed to address were the Northern Ireland protocol, MOT, the 2030 end of petrol and diesel sales, electric vehicle (EV) infrastructure and COVID-19 Northern Ireland restrictions and reopening, according to the NFDA.

To view the HMRC's new guidance on the margin scheme's application for car retailers in NI, click here. 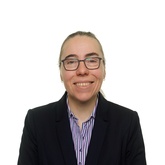