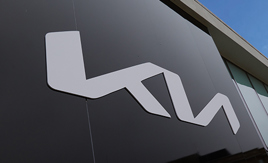 Plans for a new Kia UK car dealership as part of a new £7 million business park development on the outskirts of Kendal will not be progressed despite gaining planning approval this week.

David Smith, the former managing director of Rayrigg Motors claimed that the new business park could create between 300 and 500 jobs following his submission of plans for the development, the Westmorland Gazette reported.

However, a spokesperson for Lloyd Motor Group, which acquired Rayrigg back in January, has said the growing AM100 retail business has no plans to move its Kia franchise there.

"It's our understanding that the plan pre-date Rayrigg's sale to Lloyd Motor Group", said the spokesperson. "When Lloyd acquired the business we took on Kia dealerships in Windermere and Morecombe and consolidated the operations at the Morecombe site. We have no plans to move the franchise to Kendal."

Smith told the Westmorland Gazette that a number of businesses had signed up to fill units at the new Kendal business park, located to the north of Meadowbank Business Park on Shap Road, with a waiting list for eager operators.

He described the proposed development as “one of the most exciting commercial developments that’s happened in Kendal in a very long time”.

But the headline-grabbing plans for a Kia franchised site, including a 228-space car park, 39 of which would feature electric vehicle (EV) charge points, will not be going ahead.

He also suggested that the AM Awards 2022 Manufacturer of the Year, which is aiming to deliver a record 100,000 new car registrations in 2022, would also continue to grow its proportion of standalone operations in a sector generally pursuing the development of cheaper multi-brand retail sites.

Among the first two UK dealerships to feature Kia’s new CI were the OEM-operated retail site in Bolton, to which AM paid a visit earlier this year, and Vertu Motors’ franchised site in Edinburgh.