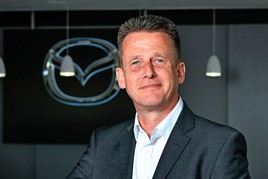 Mazda Motor UK is preparing to take car retail direct to customers with a "trial roll-out" of its MyWay test drive concept via its UK franchised dealer network.

Discussions have been ongoing with retail groups which occupy more urban parts of the UK and the brand's UK managing director, Jeremy Thomson, told AM that the launch of the first dealer-operated MyWay schemes are not set to launch “within weeks”.

Speaking of the success of the scheme so far at the launch of the new Mazda 6 saloon and estate, Thomson said that he expected Salford-based RRG Group to be among five retailers to embark on a trial roll-out.

“As a manufacturer we don’t want to offer our support to anything that doesn’t make money,” said Thomson.“There are retail sites on the outskirts of London and in some other large city locations that must really struggle. This is our solution to that issue."

He added: “Ford has around 450 retailers and it’s clear that it holds a huge advantage in terms of influence as a result. Having twice as many Mazda dealers isn’t viable. I genuinely guard profitability.

“With MyWay we think we will be able to spread our territory and influence with our existing retailers and offer something to customers that is very much bespoke face-to-face service.”

Launched in 2015, MyWay has been wholly supported by Mazda so far. 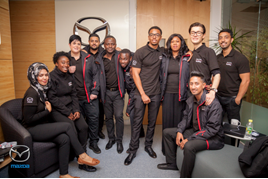 Managed by a team of three, the ten-strong MyWay team are all based remotely across the 22 London boroughs, operating on a completely commission-free basis as they conduct test drives and make sales.

The team also speaks a total of 18 languages, a skill that can come in handy when communicating with a wide range of customers in the cultural melting pot of London.

Thomson claims that MyWay has generated no staff turnover since the project started in July.

Mazda has been advising retailers in their approach to the recruitment of their own MyWay teams and is clearly keen to see the project succeed.

Thomson said: “I was very conscious that we had to have proof of concept before we took this to the network and we now have that. We’re handing over all that we’ve learned and there will be no rise in retail targets for MyWay dealers.

“If it all goes well we’ll roll it out to the rest of the network.”

Thomson said that he wanted to see Mazda retailers differentiate themselves from other franchised operators who might be tempted to “stick two cars outside M&S, along with a bored looking sales executive” in the bid for greater exposure of their brand.

In a bid to take a more dynamic approach, the brand has also launched its ‘virtual test drive’ tour of key Intu shopping mall locations. 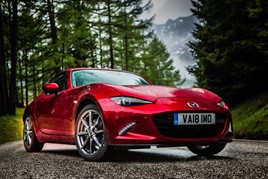 Using VR goggles the virtual test drive takes place while a potential customer is sat inside an MX-5 or CX-5 display car.

Participants are transported behind the wheel to experience a virtual drive along the winding roads of the Italian Alps (MX-5) or around the Longcross test track in Surrey (CX-5).

Thomson said: “It remains a face-to-face, immersive experience and is something that people would not expect to see in a shopping environment.”

He added: “Many manufacturers have chased online retail and digitisation of the sales process and have left behind the idea of a bespoke service. Dealers have been bemused by that, I think, so whatever innovation or technology we introduce I want to keep them at the heart of our plans.”