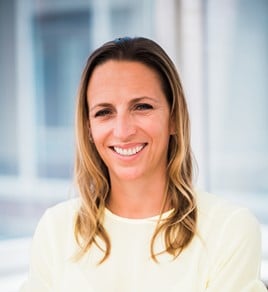 Ford has brought its dealer marketing in-house after acknowledging a “need to do more” and offer a faster response to changing conditions in automotive retail.

A shake-up of the manufacturer’s agency roster last year has resulted in the replacement of WPP’s dedicated Global Team Blue (GTB) division with a team of in-house staff employed by Unlimited Group.

Ford has hired a new marketing manager in Nicola James to oversee the team of agency staff.

Speaking to The Drum, new Ford Britain marketing director, Mandy Dean, said that the manufacturer had “recognised that we needed to do more in the dealer marketing”.

Dean said that the change was seen as an opportunity to deliver greater transparency and efficiency, adding that Ford’s retail marketing needed to be fast to respond to changing conditions”.

Quoted in The Drum, she added: “If things change at a manufacturing level - we don't make commitments - then we need to change the retail messaging quickly and be really tactical.

"We saw the opportunity to move faster with an in-house agency.”

Improved uniformity to the marketing assets employed by individual dealers – both online and offline – is another aim that Ford hopes to realise from the new in-house marketing set-up.

It has set up a digital “portal” which dealers are being asked to use as the first port of call for accessing any marketing material which can then be localised for social media posts.

The Drum also reported that the new Unlimited team at Ford wants to help train dealership staff on the most effective, and efficient, digital marketing techniques.