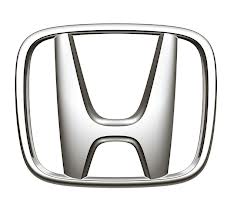 Honda UK has said that it has “no specific plans” to introduce an agency model to its franchised car retail network.

A spokesperson spoke to AM this morning (March 19) in response to reports that the Japanese brand is rolling-out the agency model “globally” in a move that will also bring a reduction in its car dealership footprint.

The spokesperson told AM that that Honda UK “currently have no specific plans to move to an agency model” and added that the brand have “no further reductions planned” over those reported exclusively by AM back in 2019.

AM’s reports revealed that Honda’s plan to cut up to 55 sites 'in next two to three years' were prompted by falling registrations and a desire to achieve improved return on sales (RoS) for its retailers.

This week reports from Australia suggest that similar network restructures are happening across the globe as the brand moves towards an agency model for its franchised retail operations.

Honda dealership Astoria Motors, of Melbourne, started trading Honda’s back in 1963, but its owners claim that their contract was terminated last year as part of a reduction of the network which will bring about the closure of 11 of its current 11 Melbourne retailers.

Australia’s ABC news reported that a statement issued by Honda had said that “it did not preference certain dealers over others when deciding who it would work with under the agency model”.

"Honda Australia is introducing a more customer-centric approach to the car buying and ownership experience to make it more trusted, simple and enjoyable," a spokeswoman told the news outlet.

Earlier this year AM reported on a Capgemini report which suggested that car makers should give the go-ahead to a wholesale shift to an agency model for franchised car retailers to leverage a 4% increase in revenues in the long-term.

Capgemini’s ‘Agency Sales Model: Accelerating the Future of Automotive Sales’ report concluded that a shift away from a traditional franchised car retail model would not only drive OEMs’ direct customer relationships, but would bring “financial benefits on all sides”.

Responding to the survey at the time, ICDP managing director, Steve Young said: “it all comes down to the numbers”.