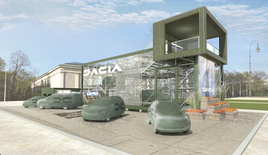 Dacia is set to follow-up its unveiling of a new brand logo by showcasing a new corporate identity for its franchised car dealers.

Renault Group’s value-driven car brand will display its dealership plans at its stand at the 2021 IAA Mobility show, in Munich, in September.

The brand will also follow news of an expanded product range – featuring its debut electric vehicle (EV), the Spring SUV – with the debut of a new seven-seat SUV at the event.

The new family vehicle will be unveiled on September 3 before its appearance at the show from September 6. 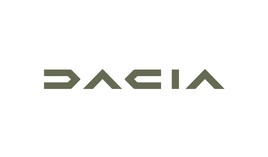 Dacia outlined its momentum in 2021 “with the launch of the All-New Dacia Sandero and Logan at the beginning of the year, followed by the springtime release of Spring, and the New Duster in June” in a statement issued this morning (July 8).

It added: “Dacia continues to renew its range as it lives up to the announcements made during the strategic plan presentation earlier this year.”

Back in October Groupe Renault revealed the new Chinese-built Dacia Spring which it said will be "the most affordable new EV in Europe".

It remains uncertain whether the rand will bring a right hand driver version to the UK, however.

While prices are yet to be revealed, the new Spring SUV would have to be priced below the entry-level price for the MG ZS EV, which starts in the UK from £25,495 (including the £3,000 plug-in car grant) to fulfil its premise as the market’s most affordable EV.

On finance, the Spring would have to be priced below £279 a month on PCP to beat the ZS EV.

Earlier this week AM reported that Brayleys Cars have sold the UK’s 200,000th Dacia at its franchised dealership in Milton Keynes.